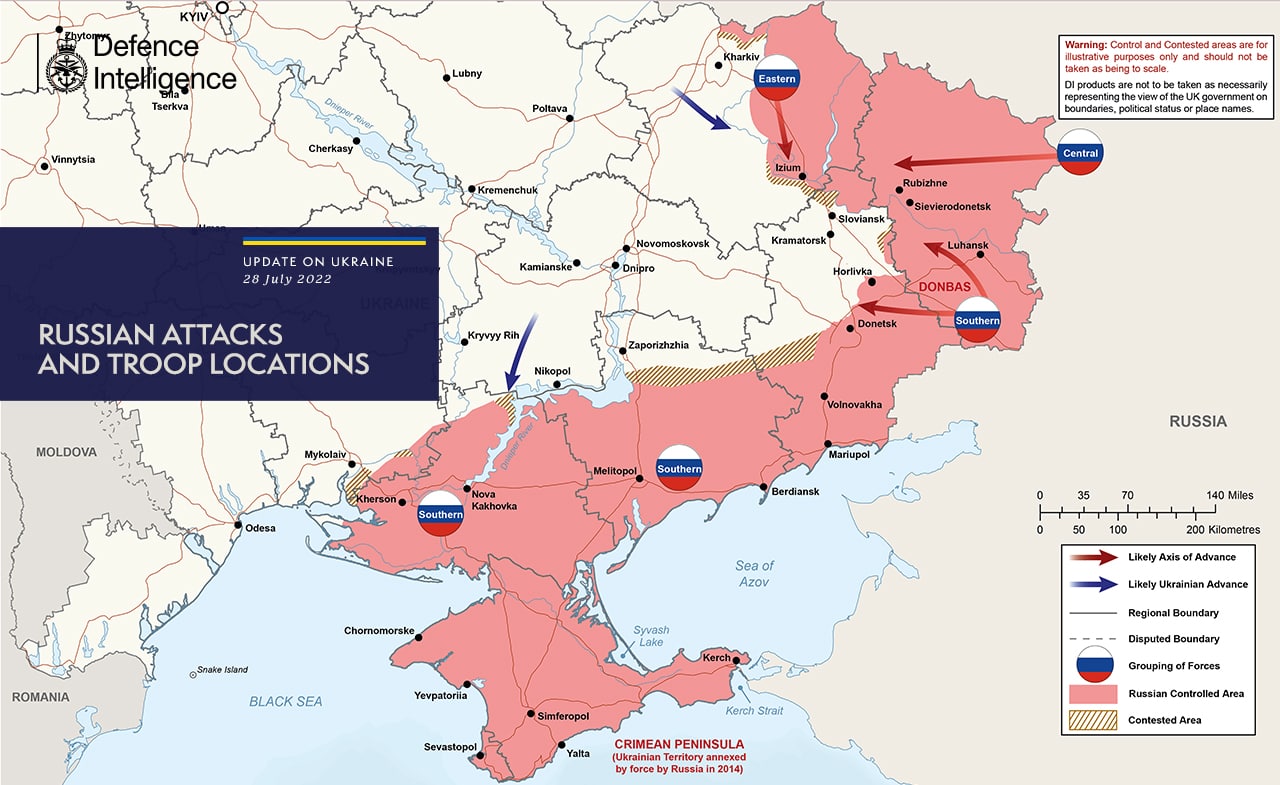 According to British intelligence, the Russian army continues to attack the Armed Forces of Ukraine in eastern Ukraine. The Russians are trying to storm in four directions. However, their attempts still end in failure.

In addition, the invaders continue to strike at peaceful cities. While the Armed Forces of Ukraine are hitting warehouses in the rear of Russian troops.

As for the counter-offensive of the Armed Forces of Ukraine, significant success can be noted in the Kherson direction. There, Ukrainian troops are trying to deliver a crushing blow to the enemy along the right bank of the Dnieper. Also, the results of counterattacks are visible on the border of the Kherson and Nikolaev regions.