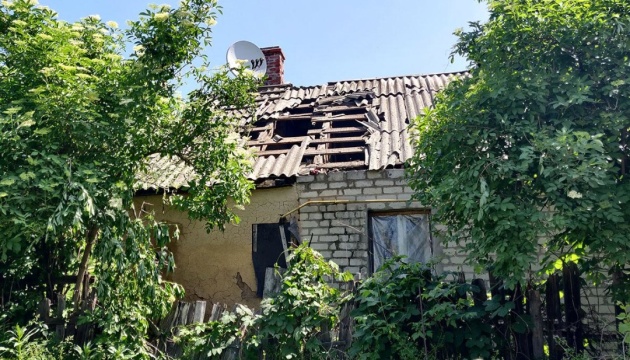 The troops of the Russian Federation fired on 12 localities in Donetsk region over the past day. Casualties have been reported.

The enemy opened fire from aircraft, artillery, tanks, and small arms on Donetsk region. In the morning, when the residents were asleep, the invaders launched an airstrike on the center of Slovyansk, killing and wounding civilians.

Police officers worked at the sites of the shelling. Police and the Security Service of Ukraine opened criminal proceedings under Art. 438 (violation of the laws and customs of war) of the Criminal Code of Ukraine.

According to the report of the military-civil administrations as of 08:00 on May 31, fighting in the Donetsk region continues along the entire front line, the tensest situation is observed in Lyman and Avdiivka directions.

YOU CAN HELP US WIN, PROVIDE MEDICAL AID AND CARE FOR THE REFUGEES BY SUPPORTING TOGETHER24 PROJECT WITH YOUR DONATIONS. FROM AS LITTLE AS $1 A GREAT IMPACT CAN BE MADE IN WINNING THIS WAR.

Chicken-tikka-masala and pork with pineapple: Ukrainian chef returned from Qatar to cook for the Ukrainian Armed Forces

Who is he – a fighter with a watermelon, whose photo amazes the whole world?

Zelensky talked on the phone with Macron for an hour and a half: details

Map of the war in Ukraine on August 15: British intelligence data