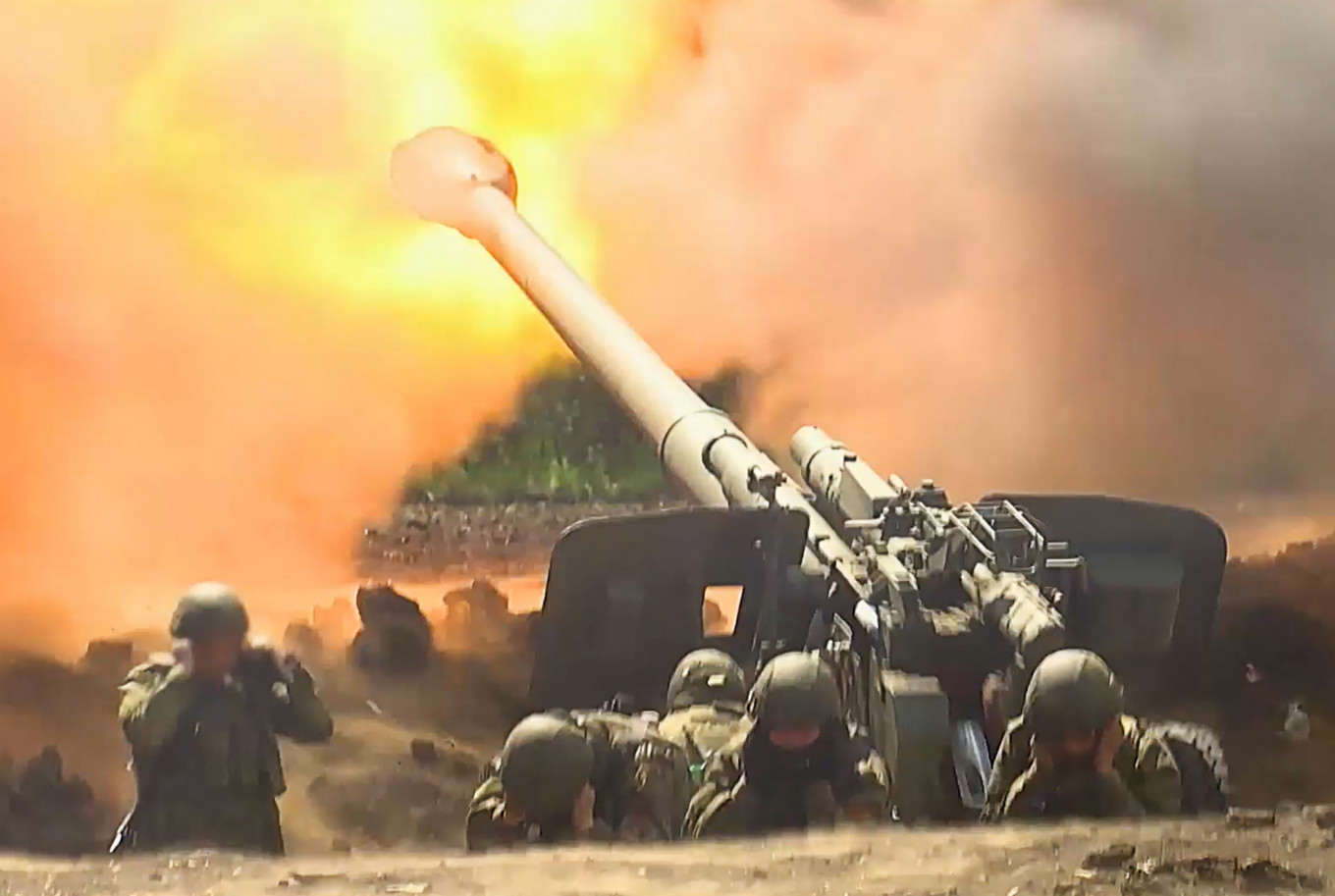 Ukraine has said it is doing “everything” to defend Donbas, where an intensifying Russian offensive is prompting Kyiv’s forces to consider a strategic retreat from some key areas to avoid being surrounded.

Russia is waging all-out war for the eastern Donetsk and Luhansk regions that make up Donbas – Ukraine’s industrial heartland where President Volodymyr Zelensky has accused Moscow of carrying out a “genocide.”

In his daily address to Ukrainians, Zelensky said the Russians had “concentrated maximum artillery, maximum reserves in Donbas.”

“There are missile strikes and aircraft attacks – everything,” he said.

“We are protecting our land in the way that our current defence resources allow,” he added. “We are doing everything to increase them.”

Pro-Russian separatists said Friday they had captured the town of Lyman between Severodonetsk and Kramatorsk, on the road to the key cities still under Kyiv’s control.

Russian forces are also closing in on Severodonetsk and Lysychansk in Luhansk province, with conflicting reports about the extent of their advance.

Regional governor Sergiy Gaiday insisted Ukrainian forces would be able to resist for at least another two or three days — but said troops may have to withdraw from some areas to avoid being surrounded.

“Most probably they (Russian troops) will not seize (Luhansk), because there’s enough strength and means to hold the defence,” he said on Telegram.

“Maybe even to avoid encircling there might be a command to our troops to retreat.”

That was denied by senior city official Oleksandr Stryuk, though he acknowledged the situation was “very difficult” with incessant bombing.

“People are willing to risk everything to get food and water,” said the head of the main aid distribution centre in Lysychansk, Oleksandr Kozyr.

“They are so psychologically depressed that they are no longer scared. All they care about is finding food.”

As the country faces an increasingly desperate humanitarian situation, an Australian man was on Saturday reported to have been killed this week while supplying aid.

A death notice appeared in Tasmania’s Mercury newspaper identifying the man as Michael Charles O’Neill, 47, with a tribute on Facebook saying he had been “driving the wounded and injured from the front line.”

An Australian foreign affairs department spokesperson confirmed the death in a statement but said they could not provide further details due to privacy concerns.

Three months after Russia launched its invasion on February 24, leaving thousands dead on both sides and forcing 6.6 million people out of the country, Moscow has gained control over swathes of eastern and southern Ukraine, including port cities Kherson and Mariupol.

“Russian forces have made steady, incremental gains in heavy fighting in eastern Ukraine in the past several days, though Ukrainian defences remain effective overall,” said the U.S.-based Institute for the Study of War.

To further help Ukraine fight back against the invasion, Washington was preparing to send advanced long-range rocket systems, according to U.S. media reports.

Pentagon spokesman John Kirby did not confirm the plans to deliver the M270 Multiple Launch Rocket System, a highly mobile system capable of firing up to 300 kilometers that Kyiv has said it badly needs.

“We are still committed to helping them succeed on the battlefield,” Kirby said.

Mykhaylo Podolyak, an adviser to President Zelensky, said on Twitter that some of Ukraine’s partners “avoid giving the necessary weapons because of fear of the escalation. Escalation, really?”

In a historic move against Russia’s spiritual authorities, the Moscow branch of Kyiv’s Orthodox Church said Friday it was cutting ties with Russia over its invasion of Ukraine, declaring “full independence.”

A church council condemned the pro-war stance of Patriarch Kirill of the Russian Orthodox Church.

“Not only did he fail to condemn Russia’s military aggression but he also failed to find words for the suffering Ukrainian people,” church spokesman Archbishop Kliment told AFP.

Ukraine has been under Moscow’s spiritual leadership since at least the 17th century, but part of its Orthodox Church broke with Moscow in 2019 over Russia’s annexation of Crimea and support for separatists in Donbas.

Seeking to build on the international pressure on Russia, Zelensky will speak with EU leaders at an emergency summit Monday as they try to agree on an embargo on Russian oil, which is being held up by Hungary, whose Prime Minister Viktor Orban has close relations with Russian President Vladimir Putin.

“Rather than continue trading with (Russia), we need to act until they stop their policy of aggression,” Zelensky told a think tank in Indonesia.

But in Moscow, Finance Minister Anton Siluanov said Russia expects to receive one trillion rubles ($15 billion) in additional oil and gas revenues this year, a windfall from the sharp rise in oil prices caused in part by its invasion of Ukraine.

As his navy blockades Ukrainian ports, Putin also rejected accusations that he was using food shortages as a weapon. Russia and Ukraine supply about 30 percent of the wheat traded on global markets.

Russia has tightened its own exports and Ukraine has vast amounts stuck in storage, driving up prices and cutting availability for importers across the globe.

In a call Friday with Austrian Chancellor Karl Nehammer, Putin put the blame on “anti-Russian sanctions by the United States and the European Union, among other things”, according to the Kremlin.

He also accused Kyiv of “sabotaging” negotiations and urged Ukraine to de-mine ports “as soon as possible” to allow the passage of grain-carrying vessels, the Kremlin said.