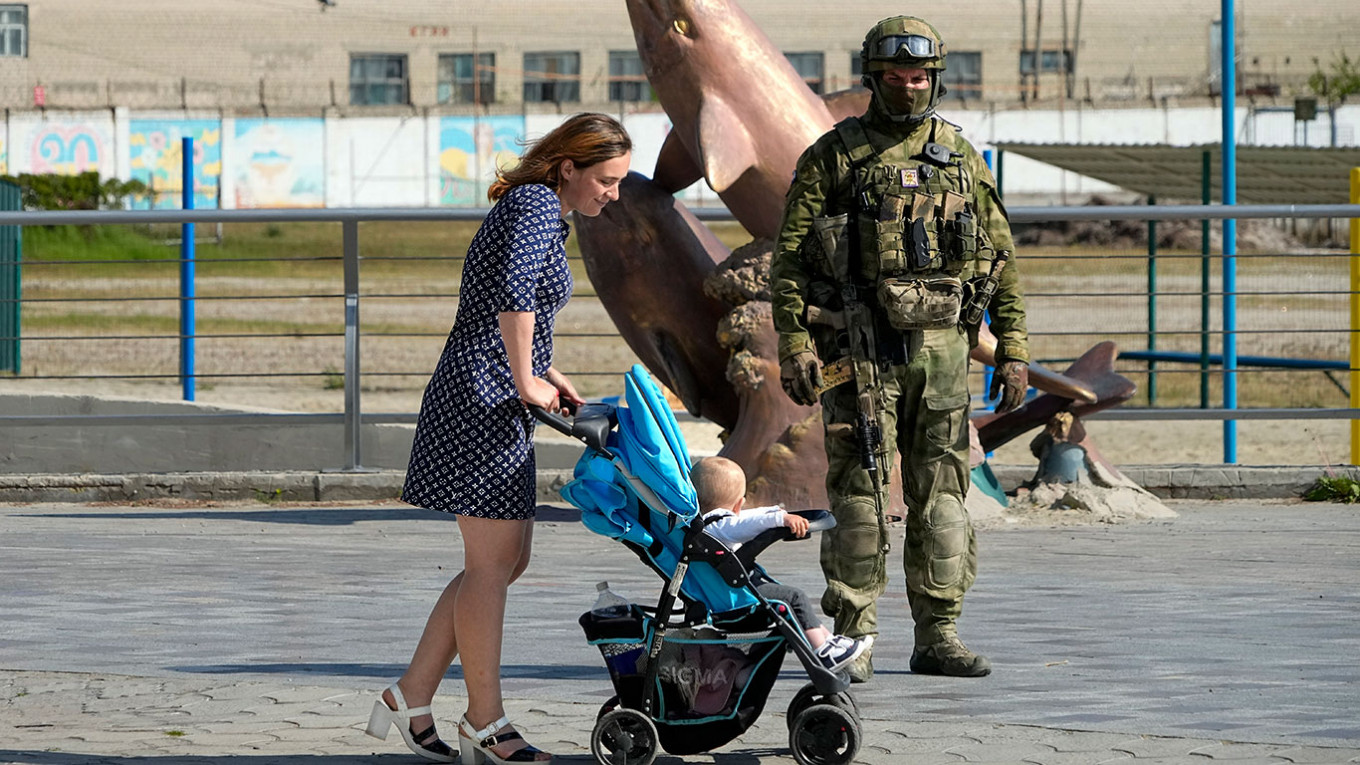 “New telecom operators are already working [in Kherson and Zaporizhzhia regions],” Oleg Kryuchkov, an adviser to the head of the annexed region of Crime told RIA Novosti news agency.

A RIA Novosti correspondent based in the Crimean city of Simferopol said they were able to reach a Kherson phone number using Russia’s +7 area code.

The Kremlin has installed pro-Moscow “military-civilian administrations” in areas of southeastern Ukraine that were seized by Russian troops, prompting speculation that Russia is looking to formally annex the region.

SIM cards with +7 phone numbers are already on sale in Kherson and Zaporizhzhia regions, according to Kryuchkov.

The area code switch from Ukraine’s +380 to +7 marks the latest “Russification” of the occupied regions where Russia has already introduced the ruble and Russian internet services.

Several Russian and Moscow-installed local officials have signaled in recent weeks that occupied territories in southern and eastern Ukraine will be absorbed by Russia.

President Vladimir Putin, who had denied plans to occupy Ukraine when he ordered troops into Russia’s pro-Western neighbor, signed a decree this week fast-tracking Russian citizenship for residents of Kherson and Zaporizhzhia.