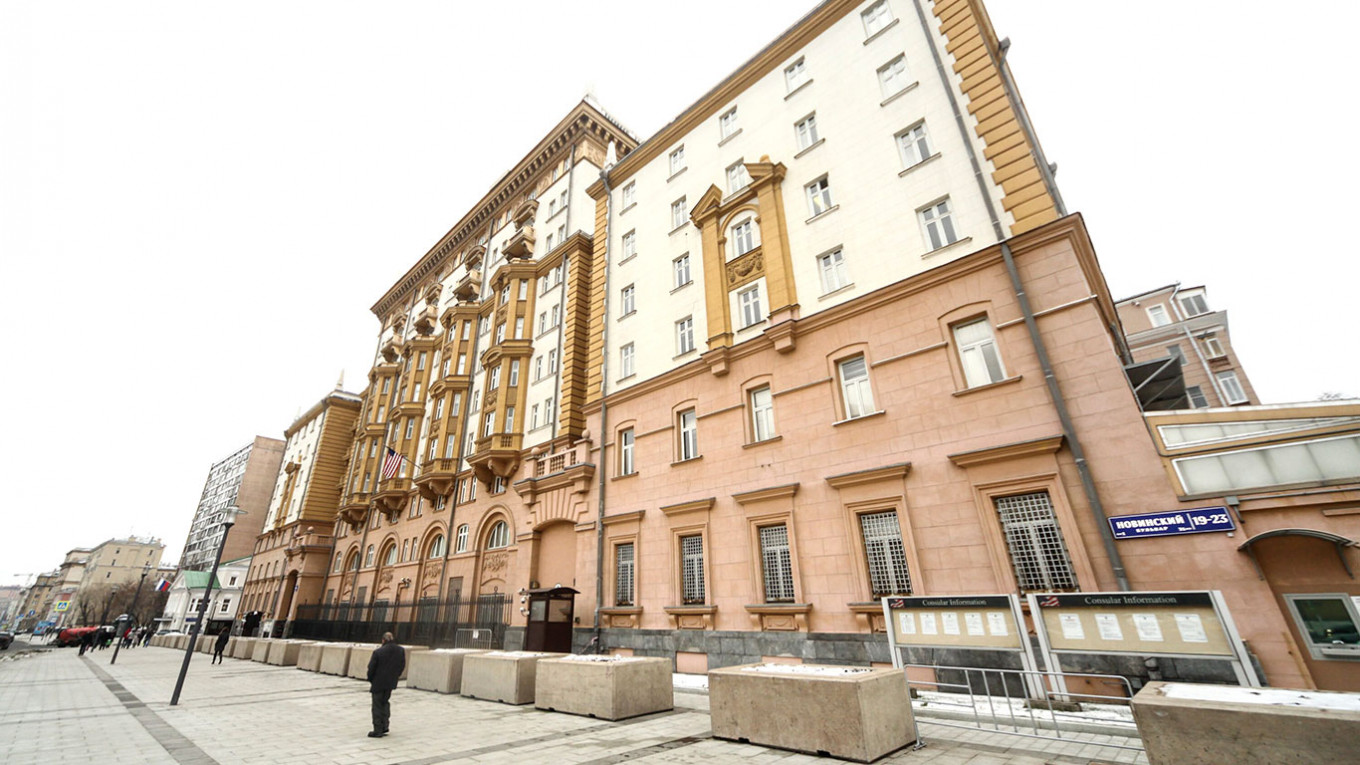 Muscovites are voting to name a square outside the city’s U.S. embassy in honor of Russia’s war in Ukraine.

Residents will choose from three potential names for the currently untitled square at the intersection of Bolshoy Devyatinsky Lane and Konyushkovskaya Ulitsa, where the U.S. embassy is located.

They are “Defenders of Donbas Square,” “Donetsk People’s Republic Square” and “Hero of Russia Vladimir Artyomovich Zhoga Square,”  in honor of a separatist battalion commander who was killed in combat on March 5.

Muscovites, who will vote digitally via Moscow City Hall’s Active Citizen platform, also have a fourth option: delegating the decision to local officials.

“The Moscow city administration has received numerous requests from citizens with different names [for the square], so we decided to put the issue to a city-wide vote,” Active Citizen said on its website.

“As a result [of the vote], the city map will be immortalized in memory of the defenders of Donbas from neo-Nazis,” it said, referring to Russian President Vladimir Putin’s claims that the Kremlin’s invasion of Ukraine would “denazify” the country.

The Active Citizen platform had registered at least 25,000 votes at the time of writing, but did not indicate when voting would close.

Moscow City Council petitioned earlier in May to name the small piece of land “Defenders of Donbas Square” and use it as the U.S. Embassy’s address.

The U.S. Embassy in Moscow said it was “surprised, but not offended” by the proposal and offered its own interpretation of the suggested name.

“‘Defenders of Donbas Square’ is presumed to be in honor of Ukrainian soldiers bravely defending their homeland from Kremlin aggression,” it said on Telegram on May 19.

The proposal mirrors similar changes in European capitals, where streets have been renamed in support of Ukraine since Russia invaded its pro-Western neighbor in late February.

In 2018, Washington voted to rename a square in front of the Russian embassy in the U.S. capital in honor of slain opposition politician Boris Nemtsov.

Russian lawmakers at the time denounced the unveiling of Boris Nemtsov Plaza as “offensive,” with one offering a counter-proposal to rename the U.S. Embassy’s address in Moscow to “North American Dead End, 1.”