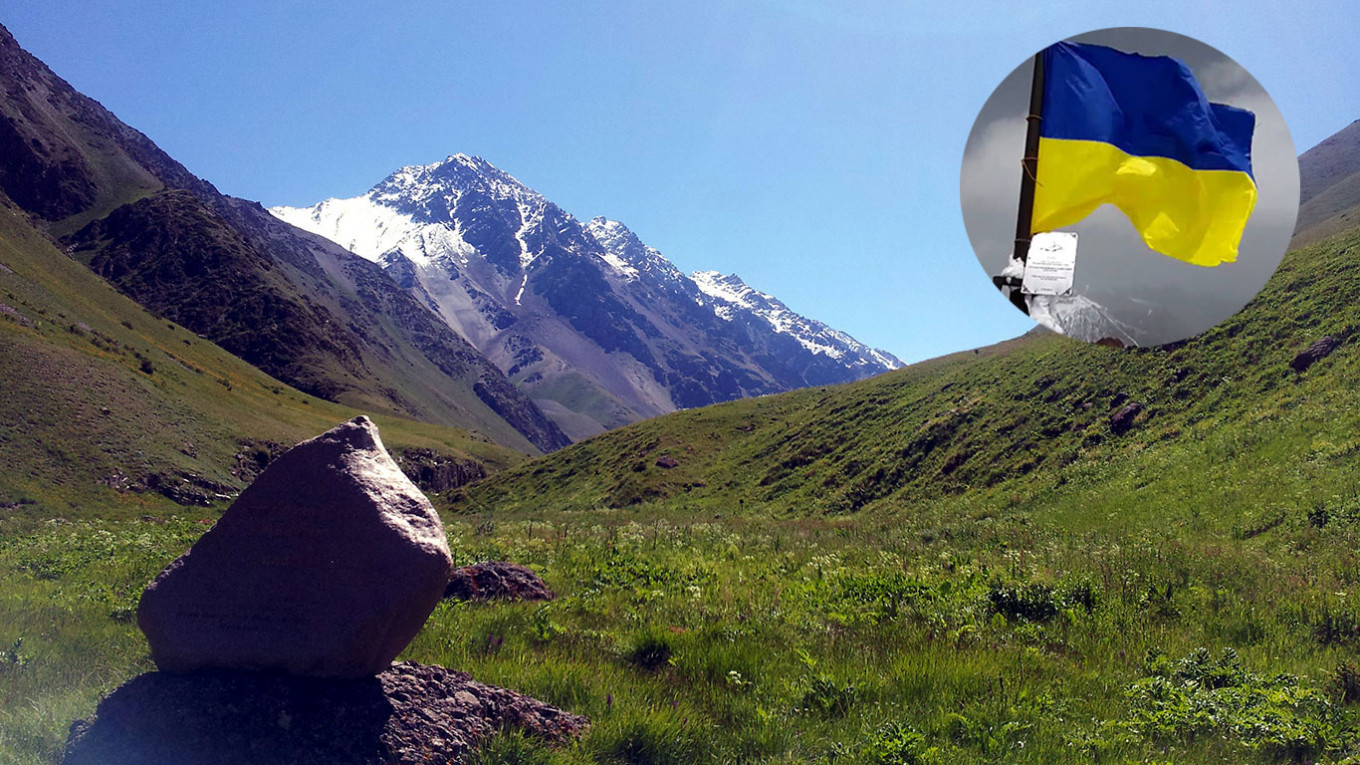 Kyrgyzstan’s climbing federation said Friday that it has removed a Ukrainian flag from a mountain named after Russian President Vladimir Putin, following a police investigation of the stunt.

Earlier this week, a Twitter user identifying as a climber posted a video of a Ukrainian flag flying next to a plaque marking the mountain as Peak Putin, 4,446 metres above sea level.

The user confirmed that she and her climbing partner had been interviewed, but not charged, by city police, despite earlier police suggestions that the perpetrators could be fined.

The climber did not admit to planting the flag, blaming the stunt on “some kind of hooligans” instead, in a Twitter post on Tuesday.

But members of the mountain climbing federation of the former Soviet republic took down the flag on Thursday and replaced it with a Kyrgyz flag.

Federation head Eduard Kubatov told AFP on Friday that there was “no sort of politics” in the decision to take down the Ukrainian flag and claimed the mission had been the federation’s own initiative.

“It is unpleasant for me that I have been dragged into politics… Kyrgyz flags should fly on Kyrgyz mountains, of that I am sure,” Kubatov said via telephone.

The government of mountainous, impoverished Kyrgyzstan is a loyal ally of Russia’s, although even here there have been signs of discomfort over Moscow’s war in Ukraine and the strident Kremlin propaganda defending it.

Last month, security services banned from a state parade manifestations of the “Z” symbol that Russia has used to pump up support for its forces fighting in Ukraine, where the symbol has been seen on Russian military uniforms and tanks.

Previously unnamed, “Peak Putin” took the Russian leader’s name in 2011 as Kyrgyzstan strengthened its ties with Moscow after a revolution the year before.