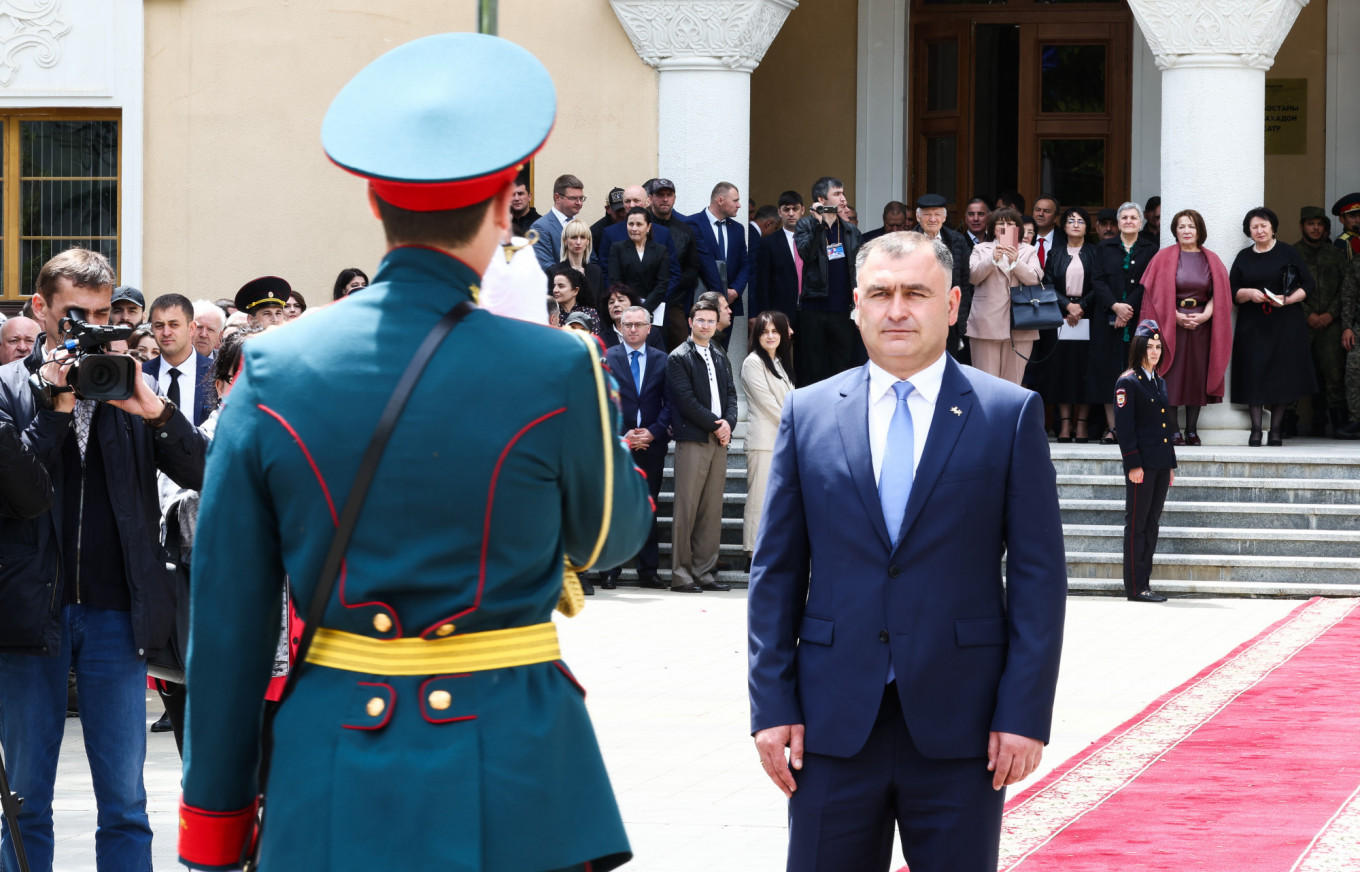 The leader of Georgia’s breakaway region of South Ossetia on Monday scrapped plans to hold a referendum on joining Russia which his predecessor had scheduled for July 17.

South Ossetia was at the center of the Russian-Georgian war in 2008 after which the Kremlin recognized the territory as an independent state and stationed military bases there.

In a decree issued Monday, the Moscow-controlled enclave’s president Alan Gagloev invoked “uncertainty of the legal consequences of the issue submitted to a referendum.”

The decree also stressed “the inadmissibility of a unilateral decision of a referendum on issues affecting the legitimate rights and interests of the Russian Federation.”

Gagloev ordered “to hold, without delay, consultations with the Russian side on the entire range of issues related to the further integration of South Ossetia and the Russian Federation.”

On May 13, Gagloev’s predecessor, Anatoly Bibilov, signed a decree on holding the referendum, citing the region’s “historic aspiration” to join Russia, his office said at the time.

Bibilov lost his bid for re-election earlier this month. Russia has expressed hope that Gagloev will preserve “continuity” in ties with Moscow.

Tbilisi has previously denounced as “unacceptable” plans by South Ossetia to hold a referendum on joining Russia.

Monday’s announcement came on the 96th day of Russia’s invasion of Ukraine, where Moscow-backed separatists in Donetsk and Luhansk regions have also expressed interest in joining Russia.

The full-scale war on Ukraine has sparked an outpouring of solidarity in Georgia.

In August 2008, Russian forces launched an all-out invasion of Georgia, which was battling pro-Russian militia in South Ossetia, after they shelled Georgian villages.

The fighting ended five days later with a European Union-mediated ceasefire but claimed more than 700 lives and displaced tens of thousands of ethnic Georgians.

The war’s aftermath saw the Kremlin recognize the independence of South Ossetia and another separatist region, Abkhazia, which have since remained under Russia’s military control.

The conflict marked the culmination of tensions with the Kremlin over staunchly pro-Western Tbilisi’s bid to join the European Union and NATO.

In March, the prosecutor of the Hague-based International Criminal Court, Karim Khan, applied for arrest warrants for three current and former South Ossetian officials in connection with war crimes committed against ethnic Georgians.

Last year, the European Court of Human Rights ruled that Russia was responsible for human rights violations in the war’s aftermath.