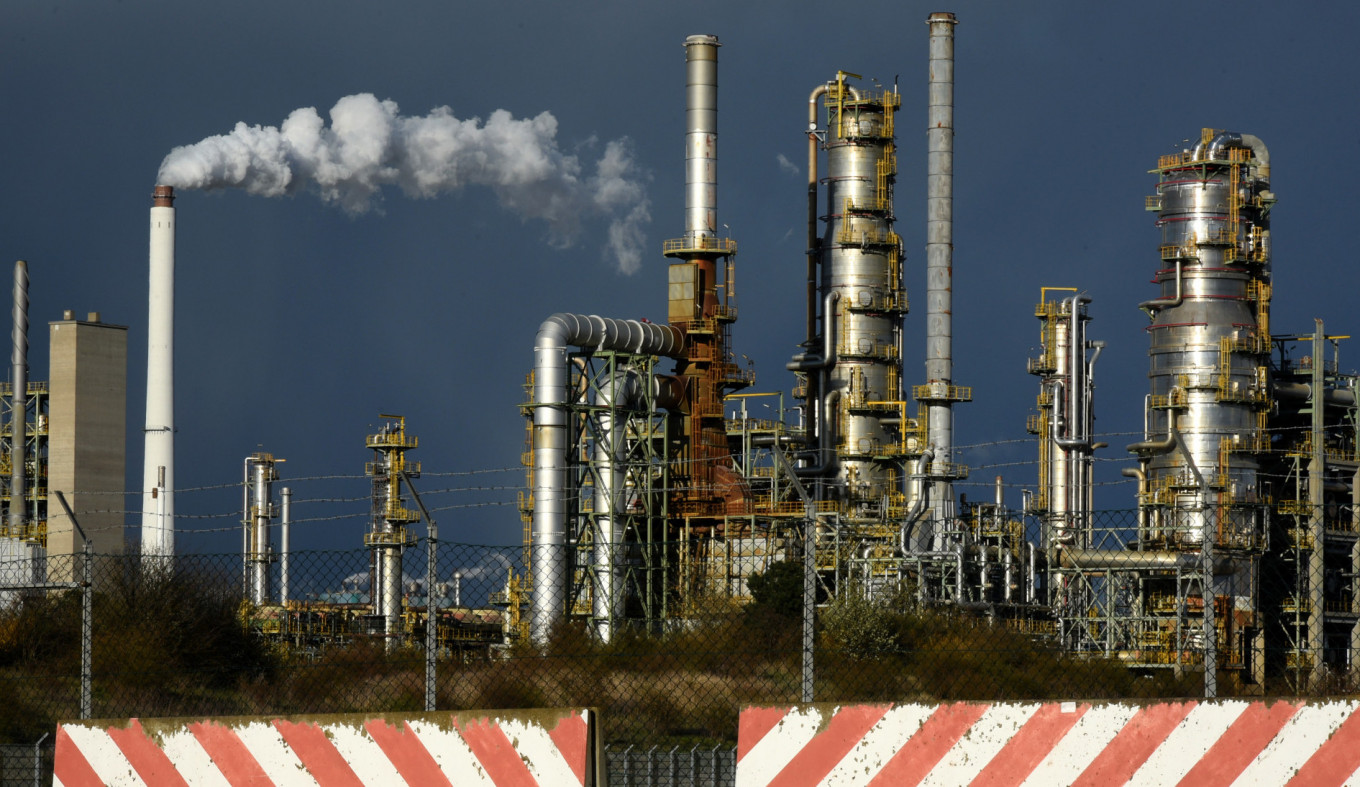 EU leaders on Monday backed a ban on most Russian oil imports, after a compromise deal with Hungary to punish Moscow for the war in Ukraine.

The 27-nation bloc has spent weeks haggling over a proposed total embargo on Russian oil but came up against stubborn resistance from Hungarian Prime Minister Viktor Orban.

EU leaders meeting in Brussels hatched a compromise deal to exempt deliveries arriving in Europe by pipeline from the ban, after Budapest warned halting supplies would wreck its economy.

“Agreement to ban export of Russian oil to the EU. This immediately covers more than two thirds of oil imports from Russia, cutting a huge source of financing for its war machine,” European Council chief Charles Michel tweeted during the summit.

“Maximum pressure on Russia to end the war.”

It will allow a ban on oil imports from #Russia.

The head of the EU’s executive, Ursula von der Leyen, said the move “will effectively cut around 90% of oil imports from Russia to the EU by the end of the year” as Germany and Poland had committed to renounce deliveries via a pipeline to their territory.

“Russia has chosen to continue its war in Ukraine. Tonight, as Europeans, united and in solidarity with the Ukrainian people, we are taking new decisive sanctions,” French President Emmanuel Macron tweeted, echoing the figure of 90% by the end of 2022.

The wrangling over the sixth package of sanctions has rocked European unity in the face of the Kremlin’s attack on Ukraine after five waves of unprecedented economic punishment on Russia.

The compromise excluded the Druzhba pipeline from the oil embargo and only imposed sanctions on crude shipped to the EU by tanker vessel.

Despite the gap in the embargo left by Hungary’s opposition, the latest round of sanctions represents some of the most damaging measures taken by the EU so far.

The EU imports some 26% of its oil from Russia and has been criticized for keeping money flowing to Moscow’s coffers at the same time as it seeks to halt the Kremlin’s war.

He also said that the EU had agreed to to send Ukraine 9 billion euros ($9.7 billion) to support Kyiv’s “immediate liquidity needs” as it grapples with Russia’s invasion.

The negotiations over the oil ban had dogged the EU for weeks and the bloc’s leaders got chivvied along Monday by Ukraine’s President Volodymyr Zelensky.

Zelensky, in a video address, called on them to adopt “effective” sanctions against Russian oil to make the Kremlin pay the price for its war on Ukraine.

“All quarrels in Europe must end, internal disputes that only encourage Russia to put more and more pressure on you,” Zelensky told the EU summit.

“It is time for you to be not separate, not fragments, but one whole.”

Orban, often the odd man out in EU decision making, had called the proposal only to stop oil deliveries to the EU by ship a “good solution” before the talks began.

“It means that an atomic bomb won’t be thrown on the Hungarian economy,” he said.

But he warned that Budapest needed a “guarantee” it could keep on receiving Russian oil by sea if anything happened to the pipeline crossing Ukraine.

Michel said the EU had “decided to take the appropriate measures to react and to make sure that we will protect the security of supply.”

Landlocked Hungary imports 65% of its oil from Russia through the Druzhba pipeline and, along with Slovakia and the Czech Republic, had asked for an exception from the import ban.

Diplomats said a two-year delay to the embargo had been offered to the countries concerned, but that Budapest wanted at least four years and nearly 800 million euros ($860 million) in EU funding to adapt its refineries.

Von der Leyen said that the EU would return “as soon as possible in one way or the other” to the issue of trying to ban oil through the Druzhba pipeline to Hungary.

Budapest’s intransigence came on the back of Orban’s recent resounding re-election to a fourth term and some experts are skeptical about the official claims of alarm over a Russian oil ban.

Further complicating the stand-off had been Hungary’s share of the EU’s 800-billion-euro recovery fund, which Brussels has yet to approve due to disagreements over Budapest’s respect for the rule of law.