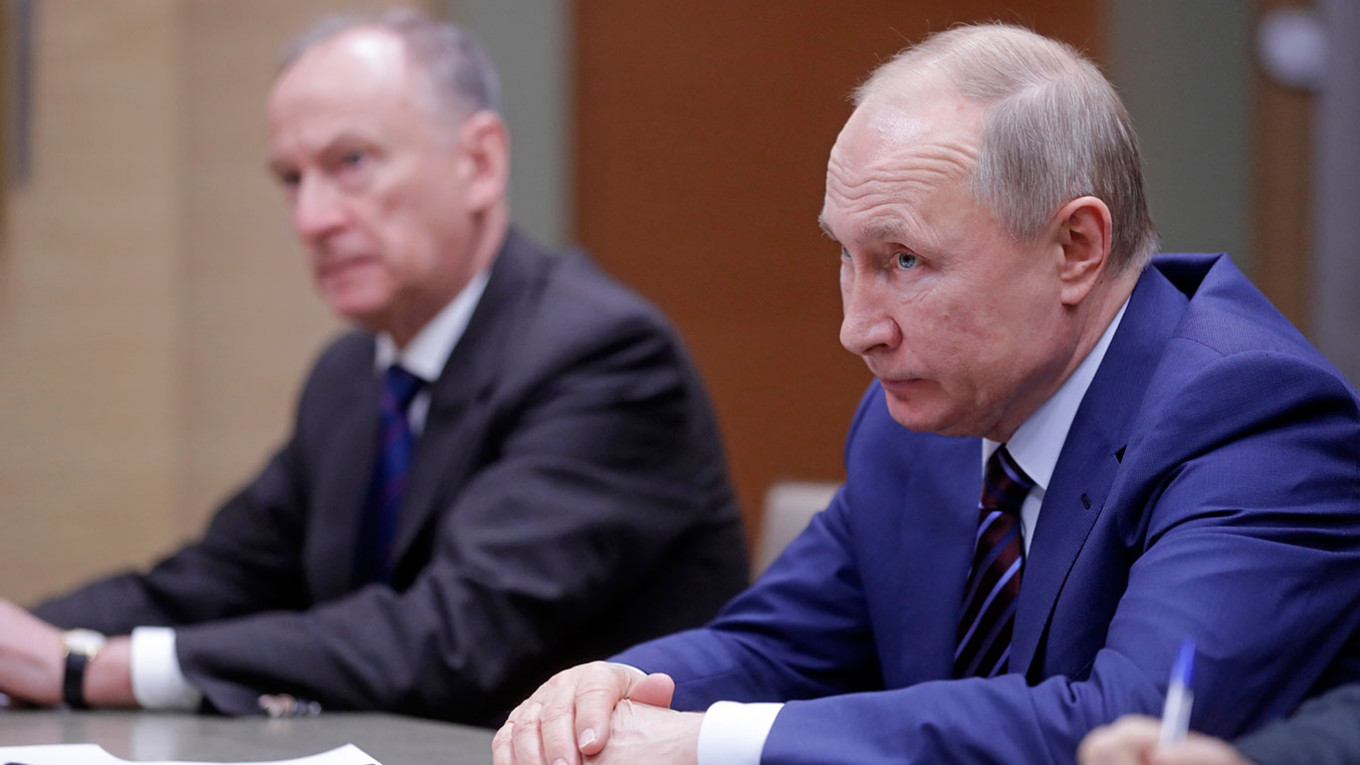 Russia’s army is deeply unhappy at the new and curtailed strategy Putin has ordered them to adopt in Ukraine, abandoning the big goal of capturing Kyiv for a much more modest objective of invading Donbas in the country’s east.

And they are pointing the finger at other agencies, the FSB’s foreign intelligence branch primarily, for misinforming the president about the true conditions inside Ukraine that have led to failure. Other FSB departments appear to share the military’s analysis.

The war in Ukraine sharply divided Russian society. As journalists, we expected to lose many of our contacts in the Russian military and secret services after the invasion began on Feb. 24. After all, it’s one thing to complain to a journalist about corruption in one’s agency, and it’s quite another to speak about the war with those who have taken a public antiwar stand. And indeed, in the first month of the war, some sources refused to answer our calls and messages.

But the situation has now changed dramatically. Last week we began to receive more and more calls and messages from our contacts in the military and in the FSB commenting on our reporting about Sergei Beseda, one of the heads of the Fifth Service of the FSB, who gathers political intelligence on Ukraine and cultivates the pro-Kremlin opposition in Kyiv. The general was sent to the infamous Lefortovo prison in Moscow, which has had a horrible reputation since the Stalin purges — innumerable victims have been murdered in the building’s basement.

The Kremlin has made frantic efforts to hide the details of Beseda’s arrest, going as far as to change the general’s name in prison records. (The Investigative Committee, Russia’s main investigative authority, went so far as to deny the fact of Beseda’s criminal prosecution.)

“Well done!” was a message from our old contacts in the Russian Spetnaz  (special forces in the Russian military intelligence.) “All true!” we were told by our contact in the Service of Economic Security of the FSB. Videos about Beseda’s plight have recorded millions of views on Russian YouTube and were widely debated on pro-Kremlin telegram channels. The rumor mill went wild suggesting that compromising material on Beseda was provided by its rival agency, SVR, the foreign intelligence service.

Does this mean that the military or the FSB has concluded that the war, with its enormous casualties and incompetent direction, was a mistake? The short answer is no, quite the opposite.

Russia’s military believes that limiting the war’s initial goals is a serious error. They now argue that Russia is not fighting Ukraine, but NATO. Senior officers have therefore concluded that the Western alliance is fighting all out (through the supply of increasingly sophisticated weaponry) while its own forces operate under peacetime constraints like a bar on airstrikes against some key areas of Ukraine’s infrastructure. In short, the military now demands all-out war, including mobilization.

He demanded a massive escalation, with a choice of airstrikes on Ukrainian  infrastructure or an end to the war. The video went viral, especially with pro-military groups on VKontakte [the Russian equivalent to Facebook] and Telegram channels affiliated with the Russian army.

The telegram channel “FighterBomber” associated with the Russian air force, posted on April 12 a comment about NATO’s weapon supplies to Ukraine: “Naturally, we’ll further increase air defense units on the border with Ukraine in order to cover our territory from ballistic missile strikes, but it is also clear that NATO countries have far more weapons than Russia.”

The author expressed optimism that the Russian air force will be able to staunch the flow of Western supplies but warned that further Ukrainian victories “will almost certainly prompt the use of nuclear weapons” against targets in Ukraine.

And then on April 22, Russian army General Rustam Minnekayev announced a second phase of the “special operation” which would aim to “establish full control over the Donbas and Southern Ukraine.

“This will provide a land corridor to the Crimea as well as influence the vital objects of the Ukrainian economy,” Minnekayev said, according to Russian wire agencies. “Control over the south of Ukraine is another way out to Transnistria [the Russian-garrisoned breakaway region of Moldova], where there are also facts of oppression of the Russian-speaking population.”

This was odd. Minnekayev is Deputy Commander of the Central Military District, and he made his remarks at the annual meeting of the Union of Defense Industries, of all places. The most plausible explanation was that having recently attended General Staff meetings, he became over-excited at what he had heard, and then revealed the news at the first public meeting thereafter. Regardless, it is a sign that the Russian army wants more war rather than less.

What is absent in all these discussions within the military, public or private, is any criticism of Sergei Shoigu, the Minister of Defense and the public face of the war. Somehow Shoigu has succeeded in keeping the respect of the military and redirecting all the anger away from the military.

Privately, the army, and even the secret services, have been heard to blame not only the Fifth Service of the FSB for misinforming the president, but also the president himself for making a bad call on changing the military strategy.

In 2014, when the Russian army swiftly occupied Crimea, the military and the security services were on the same page with Putin – they fully supported his decision to annex Crimea and were enthusiastic about the way it was done. It is very significantly different in 2022.

Does it matter? It matters a lot. This is the very first time the siloviki are putting distance between themselves and the president. Which opens up all sorts of possibilities.

This article was first published by the The Center for European Policy Analysis.