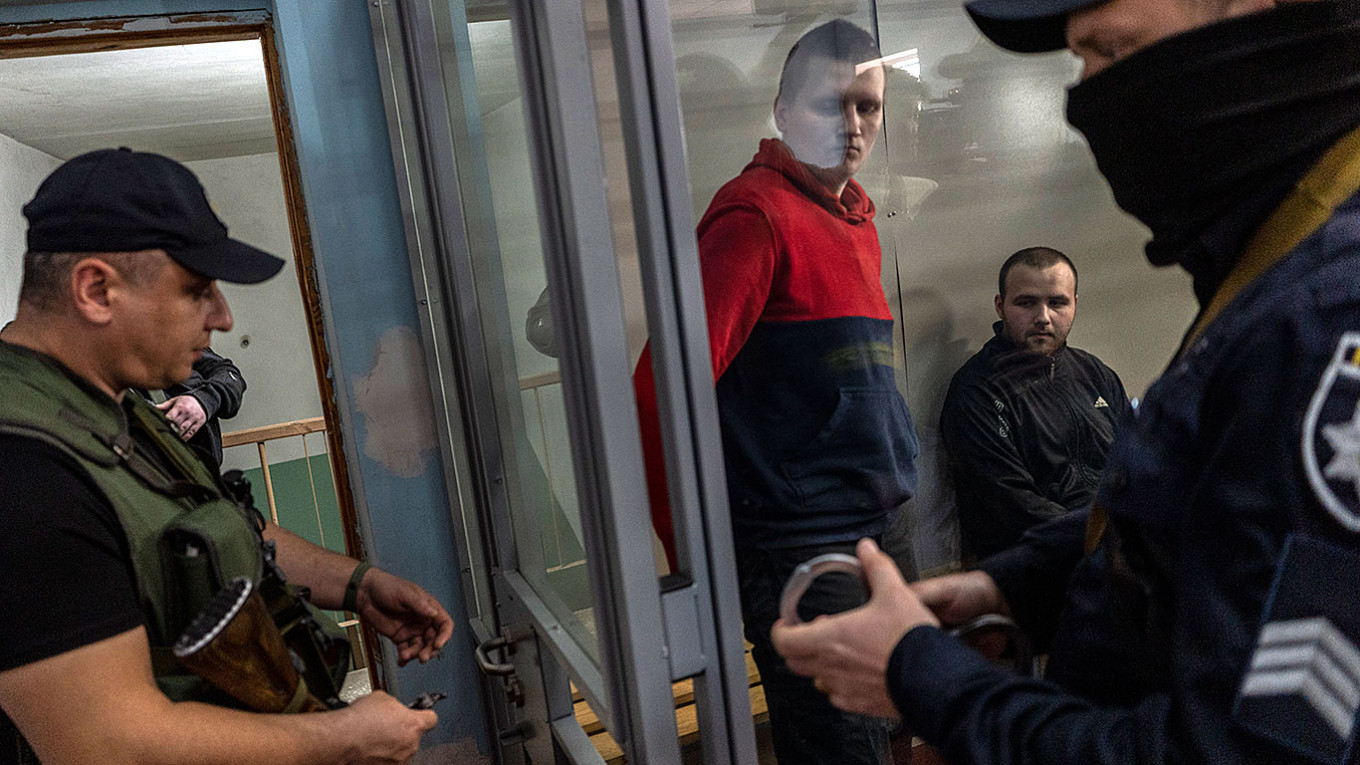 Two Russian soldiers were sentenced to more than 11 years in jail each on Tuesday after a court in central Ukraine found them guilty of firing artillery at civilian areas.

The verdict after the trial in the Poltava region comes one week after another court, in the capital Kyiv, gave a 21-year-old Russian soldier a life sentence — the country’s first judicial reckoning on Russia’s invasion.

The servicemen convicted on Tuesday — Alexander Bobykin and Alexander Ivanov — were both handed sentences of 11 years and six months under legislation against “violating the laws and customs of war.”

They were found guilty of firing Grad missiles on two villages in the northeastern Kharkiv region in the early days of the war.

It said their legal defense had requested a more lenient sentence, claiming the soldiers had been following orders and acting under duress.

The verdicts this month against Russian servicemen are expected to be the first in a wave of trials.

Ukraine says it has already opened thousands of war crimes probs since Russian President Vladimir Putin sent in his troops.

Rights organizations have voiced hope that Ukraine’s trials of Russian soldiers will be impartial and transparent.

After the conviction in Kyiv of 21-year-old Vadim Shishimarin, the Kremlin said it had not received any information about his case while his trial was underway.

Ukrainian lawyers representing the Russian servicemen say they have not been in contact with legal or military officials in Moscow.