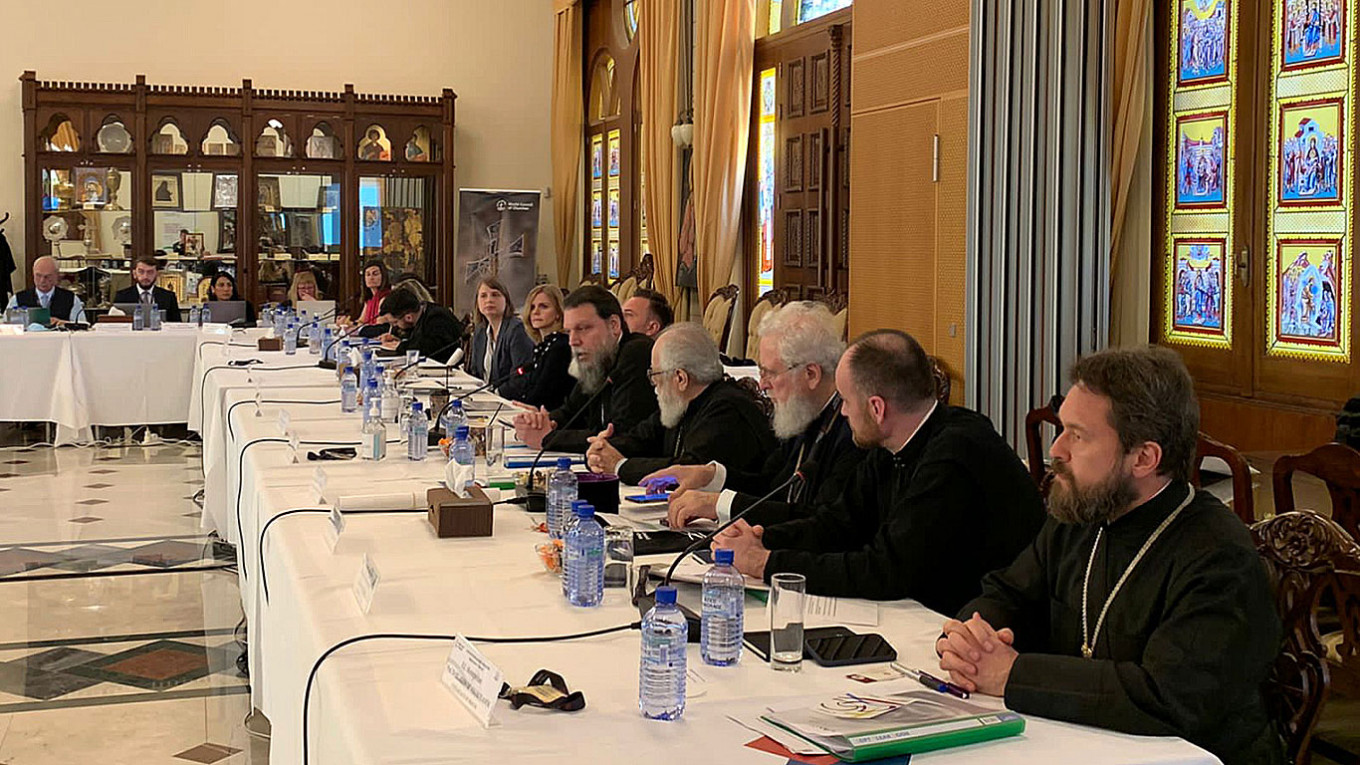 There are very few occasions in our lives — critical, pivotal events — that are truly life-shattering. We Orthodox describe them as kairos moments. World War II was one of these. In my lifetime, there was 9/11. Institutions and individuals are defined by such moments. We might recall how the Roman Catholic Church failed to stand up to Mussolini and Hitler; thankfully there was the selflessness of Dietrich Bonhoeffer and his staunch resistance to Nazi dictatorship. Or we might remember the hostility and conspiracy spawned by the attack on the Twin Towers; thankfully there was the selflessness of first responders and sacrifice of those whose lives are memorialized at Ground Zero.

Among these moments, I would include the invasion of Russia in Ukraine — arguably a life-changing moment for the autocephalous churches that comprise global Orthodox Christianity. The recent meeting between Patriarch Kirill of the Russian Orthodox Church and Patriarch Porfirije of the Serbian Orthodox Church — where the latter was thanked for supporting victims of a war blessed by the former — was exasperatingly hypocritical and shameful. More than anything else, the episode is representative of the present decline of the Orthodox Church as an institution.

And just as I thought that Orthodox bishops could stoop no lower, Patriarch Kirill dug his primatial staff deeper and exacerbated his ideological immorality, looking every inch the “Putin altar boy” that Pope Francis warned him about. How embarrassing for us all that Patriarch Kirill is now being considered for EU and U.S. sanctions as a Putin oligarch. It doesn’t quite help his cause that his loudest supporter is Hungary’s Prime Minister Orban. For Patriarch Kirill, Russia is the perpetual victim; everyone else is to blame: the West and Ukraine, the Phanar and Vatican, the U.S. and UN, NATO and LGBTQ. It’s not always easy to understand how to connect the dots of this “martyrdom,” but somehow President Putin and Patriarch Kirill do so quite seamlessly. I would expect this of a political bully; but should we not expect more of an Orthodox patriarch?

How do we interpret the fact that so many of our bishops continue with life inside and outside the church as though nothing is happening in Ukraine? For instance, how does a senior prelate like Patriarch Kirill serve and raise the chalice with the blood of Christ at the altar of a church conceived by a military general and dedicated to the armed forces, boasting frescoes with heavenly and earthly warriors as well as medieval and modern battles?

Or how does an ordained bishop like Metropolitan Hilarion Alfeyev attend a meeting in Cyprus for an Orthodox pre-assembly meeting of the World Council of Churches to discuss “dialogue” and “reconciliation” with blood on his hands? In fact, how does any Orthodox hierarch passively tolerate the bloodshed Ukraine? An overwhelming majority of bishops remain silent about more carnage than those they savagely point fingers at for abortions. How many dioceses, monasteries, and seminaries look the other way, even as they revel in blood money from “the potter’s field”?

How have Orthodox leaders responded in the more than two months since Russia’s brutal and unprovoked assault on Ukraine?

Perhaps some of our bishops throughout the world can take a lesson from their courageous and scrupulous congregations. Perhaps some of our bishops in the United States should take a step back from their single-issue partisan thrones. Perhaps our hierarchs can derive inspiration and admiration from the hundreds of priests who defiantly risked arrest by addressing a protest letter to Patriarch Kirill; from the over a thousand theologians who publicly decried the religious ideology of russkii mir; or from the global demonstration organized by laypeople and spearheaded by women. I am also mindful of first responders around the world who have selflessly contributed to humanitarian organizations or taken in millions of Ukrainian refugees, whose churches have condemned the invasion, or whose governments have imposed sanctions on Russia, often at tremendous economic sacrifice at home. These are the authentic silent heroes and titanic selfless actions of this kairos moment.

But the focus of my article is the state of the Orthodox Church, which desperately needs addressing. Perhaps the Orthodox Church needs to hit — or we need to admit it has already hit — rock bottom. Perhaps we should confess that our church consistently rejects freedom and democracy. Perhaps we should appreciate what we know in our hearts but rarely confess with our lips: that once again we are hopelessly and shamelessly on the wrong side of history. Then, and only then, will we be able to take the first — initially clumsy and cautious — steps toward reconciliation with our church and with our world.

This article was originally published in Public Orthodoxy.