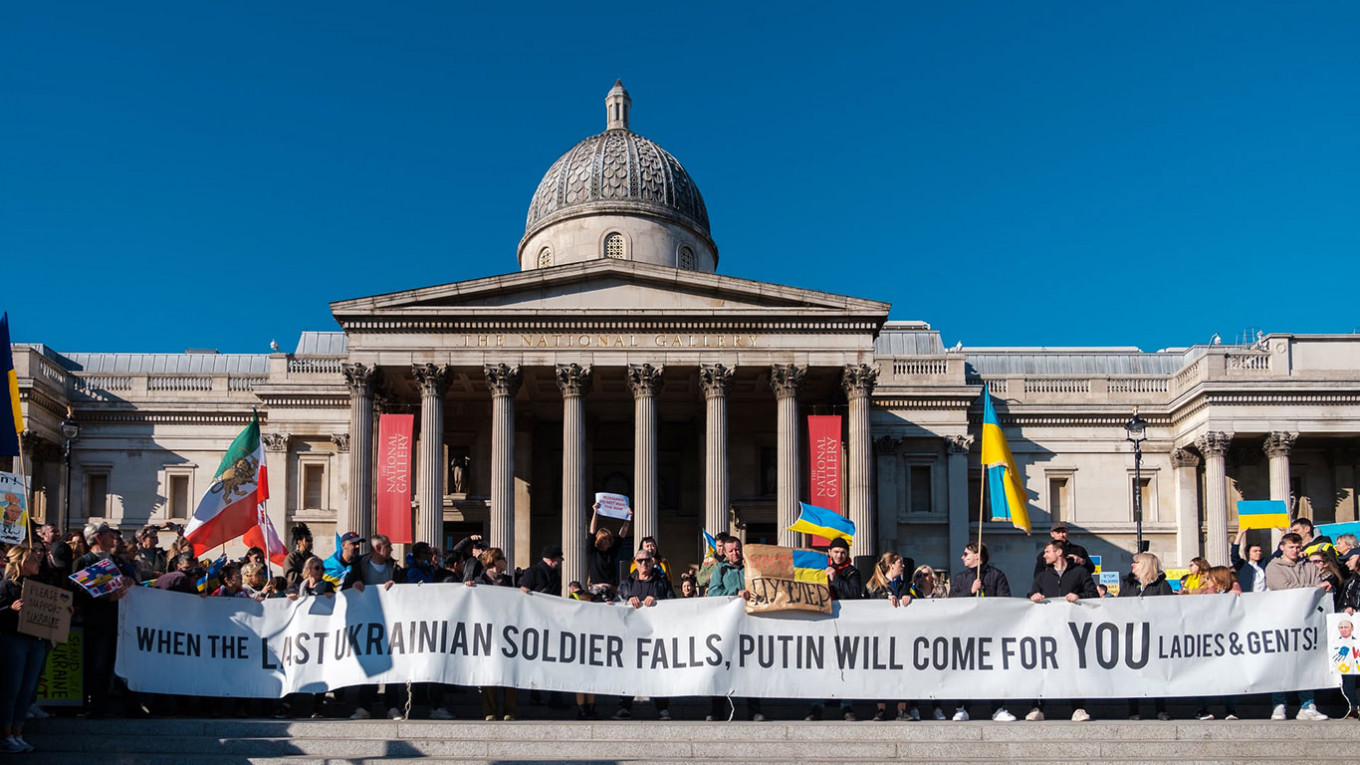 The unprovoked military assault on Ukraine brutally proves that Russia never has been a “normal” country, but rather a revisionist power, obsessed with its imperial past and paranoically offended by the “collective West” that supposedly imposed its “rules of the game” after prevailing in the Cold War. In an attempt to contain the aggressor, the Western powers have imposed sanctions on Russia and on many Russians, who have either assisted President Putin in his policies or benefited from his regime. On the sanctions list one can find ministers and deputies, oligarchs and Putin’s personal friends, military commanders and managers of state-owned corporations. People can agree or disagree on why some members of these groups have been put under sanctions while others have not, but there is an entire group that has evaded Western sanctions altogether.

What concerns me that the West remains focused on Putin’s “propagandists” – people long engaged in the “hybrid wars,” producing fake news and disseminating pro-Kremlin concepts. Among them are figures like Vladimir Solovyov, anchor of a paranoid Channel One talk show; Dmitry Kiselyov, director of Rossiya Segodnya information agency; Margarita Simonyan, CEO of Russia Today; Olga Skabeyeva, another pro-Kremlin TV figure; and Maria Zakharova, the Foreign Ministry spokesperson. As the sanctions were expanded, they affected even the least important media figures like Artyom Sheinin or Sergei Brylyov. In several cases, real estate belonging to Putin’s mouthpieces has been impounded – the best known are Mr. Solovyov’s chateau on the shore of Italy’s Lake Como and Mr. Sheinin’s humble apartment in Palanga on Lithuania’s Baltic coast.

But I would say that Western sanctions seem to be missing much more important targets. People like Solovyov, Skabeyeva, and Sheinin are brainless clowns who may voice some thoughts by no means produced by them. But those who created the modern Russian ideology and actively disseminated it for years remain untouched. As Mr. Putin now rejects the fundamental rules of the current international order, I should remind readers who first proposed the vision of “a world without rules” that will appear if Russian interests are neglected: Sergei Karaganov, Fyodor Lukyanov, Timofei Bordachev and their colleagues at the Council on Foreign and Defense Policy and Valdai Discussion Club. Dr. Karaganov frantically defended Russia’s right to reshape post-Soviet borders; argued that NATO is a “political cancer” that aims to kill the “healthy” Russian state; that Ukraine has no right to be a sovereign state, etc. This trio, together with Dmitry Suslov, Andrei Ilnitsky, Andrei Sushentsov and some others have for years glorified Russia’s “pivot to the East,” claiming that Moscow’s alliance with Beijing would end American supremacy.

Moreover, for almost fifteen years the Valdai Discussion Club corrupted Western academics and politicians by taking them to Russia for “scientific debates” culminating in annual meetings with Sergei Lavrov, Dmitry Medvedev and Vladimir Putin. None of these brilliant visionaries and thinkers have ever been banned from traveling to Europe and to this day are frequent guests of the Western media. (I should cite Dr. Karaganov’s recent interview with The New Statesman where he argues  that Ukraine’s resistance leaves Russia no alternative to a nuclear strike against this country that Russia has invaded.) I would add that all these people who proudly maintain they are the real authors of the “Putin Doctrine” have studied in the West, have been for a long time engaged with Western academic institutions, and, to my knowledge, are now trying to secure some positions with them for a case Putin’s efforts go bust.

I can go further mentioning one of Russia’s “brightest” spin-doctors, Pyotr Schedrovitsky, who’s late father was known as an ideologue of Russian totalitarianism. This man of wisdom has been a close assistant to Sergei Kiryenko, now deputy chief of Presidential Administration, when the latter served at the head of Russia’s Atomic Energy Agency. But these days he peacefully lives in Jurmala, Latvia while Russia, risen from its knees with his active assistance, destroys the Ukrainian cities. Or, if Maria Zakharova is now under sanctions, why not to have a look on her alma mater, the Moscow State University for International Relations, where its Rector, Dr. Anatoly Torkunov, and professors like Alexei Podberyozkin are doing their best to turn his university into a factory producing more and more Zakharova-like graduates who insist on Russia supremacy and the power of force, not of rules, in global policy? Once again, I would repeat that for the sake of “academic freedom” and “better understanding” of each other, Russian “scholars” have never been subjected to any Western sanctions— except for, I would say, the craziest of them by far, Alexander Dugin.

Those who glorify Russia’s military advances, who bash Western values and corrupt Western academics, who praise Russia-China links and hail different versions of “effective” authoritarian rule should be put on the sanction lists because they are responsible for the suffering of the Ukrainian people.

To summarize, I would say that Russian propaganda, which has been in focus for years, looks like nothing more than a slightly altered reiteration of Russia’s new revanchist and expansionist anti-Western ideology – and it’s this ideology that must be first and foremost targeted by sanctions. Those who glorify Russia’s military advances, who bash Western values and corrupt Western academics, who praise Russia-China links and hail different versions of “effective” authoritarian rule should be put on the sanction lists because they are responsible for the suffering of the Ukrainian people. Moreover, Western academic institutions (like the Council of Foreign Relations that proudly co-sponsors the journal  Russia in Global Affairs) should immediately terminate such cooperation and prevent any of these Russian “scholars” from getting employed by Western universities and think-tanks, published by the Western media, or cited favorably by the Western press. These people have already done so much to create a “perfect Russia” – they should never be allowed to leave their country now that their dreams have finally come true.