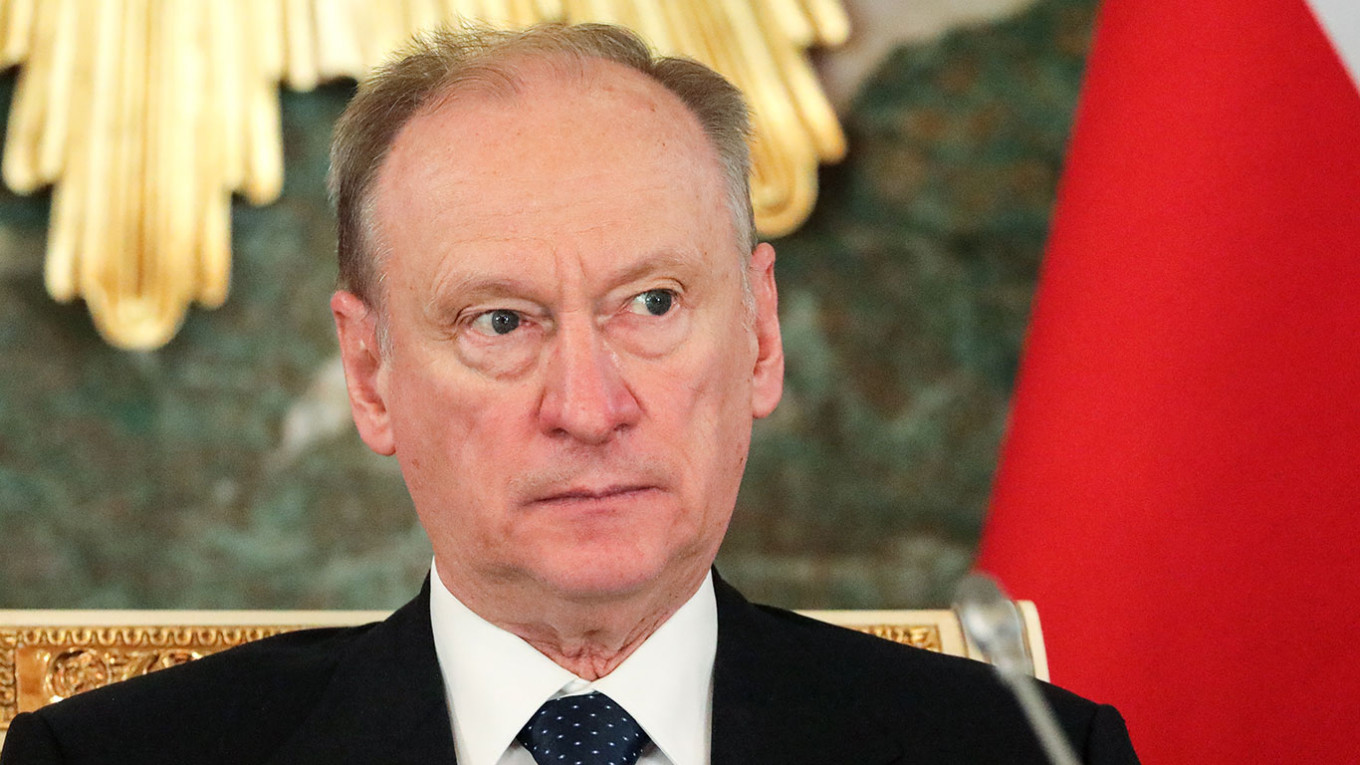 It is easy to forget that, while Russia may increasingly be little more than a personalistic authoritarianism, this does not mean that all politics has disappeared. Rather, it is the politics of the court that becomes crucial, the attempt to sway the sovereign in one particular way or another. Even the most powerful figures at Tsar Vladimir’s court must play.

This was evident in a recent interview Nikolai Patrushev, secretary of the Security Council, gave to the official government newspaper of record, Rossiiskaya Gazeta. Patrushev, a career security officer first in the KGB and then the successor Federal Security Service (FSB) is in effect Putin’s national security adviser. He does not court publicity, so this kind of lengthy, showcase interview is as significant as it is unusual.

He is truly the hawk’s hawk. I have in the past described him as ‘the most dangerous man in Russia’ because of the way he drags Putin into even more extreme positions, fuelling his ambitions with talk of Russia’s historical mission and his paranoias with warnings of Western plots. As such, he is in many ways the lead spokesman of the siloviki – the ‘men of force’ of the military and security agencies – and the most nationalist of them, at that.

This interview was in many ways a silovik manifesto. It paints an apocalyptic picture of a world in which an America that “has long divided the whole world into vassals and enemies” and which is “used to walking on scorched earth” has turned against Russia because it is not willing “to give up its sovereignty, self-consciousness, culture, independent foreign and domestic policy.”

To this end, in Patrushev’s luridly imaginative worldview, Washington is forcing Ukraine to be its proxy, encouraging Nazis and generally engaged in nothing less than a struggle to break Russia’s will to resist its hegemony, assisted by a morally debauched Europe, whose “neo-liberalism” means “Europe and European civilization have no future.”

Rossiiskaya Gazeta is not exactly a mass-circulation newspaper, and even though his words were then picked up and recycled by various other news outlets, it is hard not to conclude that his interview was really meant for an audience of one man: Vladimir Putin.

After all, there are several domestic political fronts on which the siloviki are actually having to fight their corner.

First of all, is this still a “special military operation” or the “war” that Russians are forbidden to call it on pain of prison? There is a sharp behind-the-scenes debate on whether to escalate the terminology so as to escalate the conflict. After all, if it is formally acknowledged as a war, then a range of new options are unlocked, including calling a mass mobilization of reserves and keeping conscripts under arms when their year-long national service ends.

Given that one of the main challenges for the war effort is precisely the lack of manpower, this is an appealing option. However, there are many, especially the political technologists of the Presidential Administration, who fear that this is tantamount to admitting that the first stage of the operation has been a failure. Others, including some within the Defense Ministry, worry that it reduces the scope for any eventual peace deal.

Patrushev’s claims that this has become a proxy war against NATO is the hard-liners’ attempt to construct a narrative that presents this reframing of the conflict not as the product of defeat, but as a response to the West’s own escalation.

Likewise, when the war started, many siloviki advocated in effect nationalizing and militarizing the economy. The technocrats dominant in cabinet pushed back successfully, and at present are still largely calling the shots on the economy.

Patrushev, though, is reopening this front, arguing that Russia should stop putting its faith in “market mechanisms alone, without taking into account the specifics of our country.” He is arguing instead that Russia can somehow create its own economics, driven by the needs of the state and enforced by “tighten[ing] the discipline of implementation.” This all sounds very reminiscent of the Soviet economy, it has to be said.

Indeed, just as the Soviet system was always really a wartime economy, even during times of ostensible peace, this is the essence of the silovik manifesto: a Russia committed to a cultural, political and sometimes military Forever War with the West, demanding absolute discipline and the mobilization of society and economy alike.

This is a terrifying prospect for Russia, Ukraine and us all. However, even though Patrushev is perhaps Putin’s closest ideological ally, one can draw some small comfort from the fact that he is having to argue his case, and even do so through a public interview rather than private conversations. The natural logic is that, should the war drag on, the pressure for a “Sovietization” of Russia, even a “North Koreanization,” will become harder to resist. But for now, the debate continues.