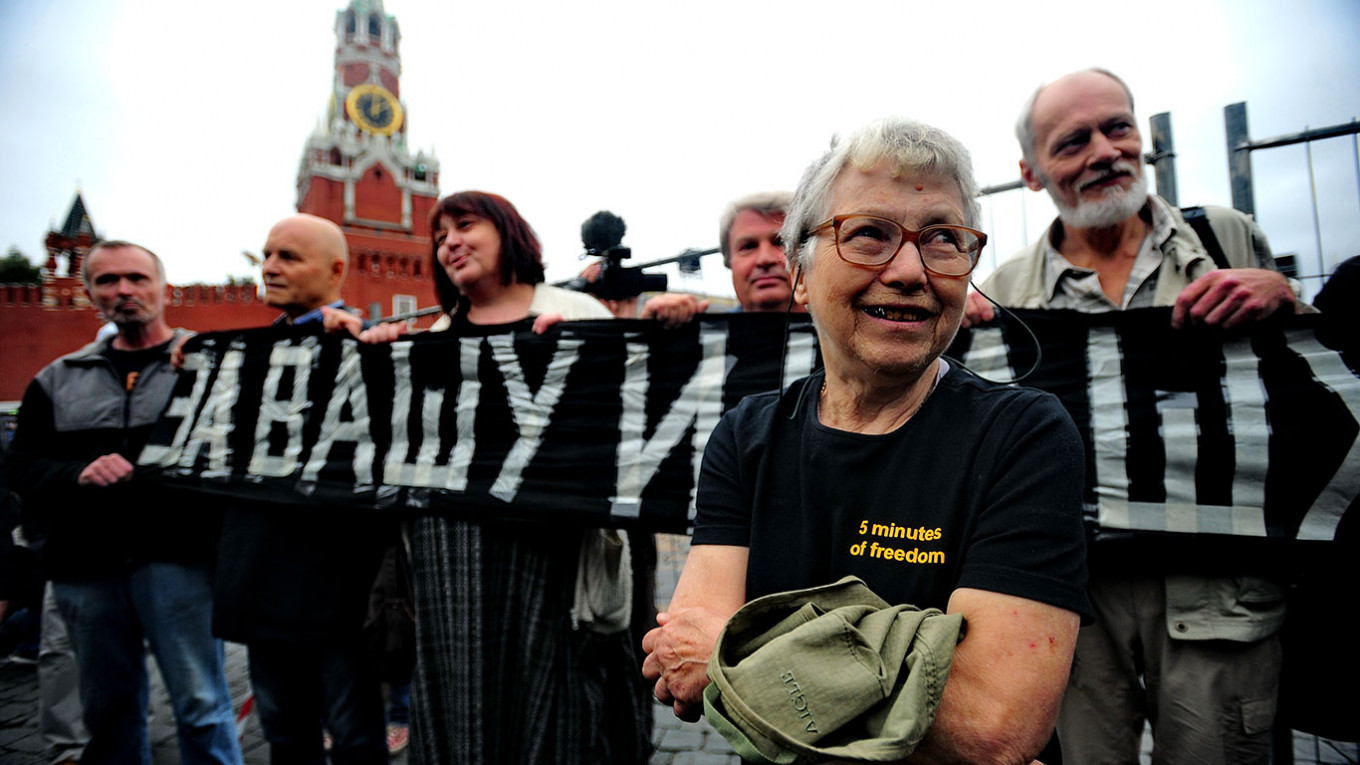 In early April four Russian student editors of a university website called DOXA were put on trial in Moscow. The students at the Higher School of Economics had been under house arrest for a year for “encouraging minors to engage in life-threatening activities” — expressing their views at a protest rally. All the same, the newspaper kept working. In the weeks immediately after the Russian invasion of Ukraine, the DOXA website was an important source of independent information about the war.

“We have stopped taking responsibility for what is happening in our country,” declared one of the DOXA editors, Volodya Metelkin, at the trial. One of his co-defendants, Alla Gutnikova, concluded her speech by describing freedom as a process through which people develop the habit of becoming resistent to enslavement.

Responsibility and freedom – these words, important to these students, were also precious to the Soviet dissidents of the 1960s and 1970s. This was evident in the demonstration on Red Square in August 1968, following the Soviet invasion of Czechoslovakia. The protestors – there were just eight of them – included Larisa Bogoraz, an outspoken activist, Pavel Litvinov, a grandson of one of Stalin’s foreign ministers, and Natalya Gorbanevskaya, founder of the samizdat journal, The Chronicle of Current Events. Most of them, Bogoraz and Litvinov included, were arrested and subjected to a show trial. Gorbanevskaya was arrested at the end of 1969 and then incarcerated in a psychiatric hospital.

In her final statement at the trial, Bogoraz declared that if she had not participated in the demonstration, she would have considered herself “responsible” for the actions of the government just as everyone bore responsibility for the Stalin-Beria labour camps. Her decision to demonstrate, she explained, was a way of taking responsibility for what had happened, even though she knew that the protest would likely prove ineffective. “I decided that it was not a matter of effectiveness in so far as I was concerned, but of my responsibility,” she declared.

In his final plea, Litvinov stated that he had felt “obliged” to express his disagreement with the government, while noting that it was vital for the country that its citizens should be truly free. At the demonstration itself, Litvinov had unfurled a banner bearing the phrase “For your freedom and ours” — a slogan used by Polish insurgents protesting Russian rule in the 19th century. The implication was that taking responsibility for the events in Czechoslovakia was important for the fate of the Soviet Union itself.

Of course, the demonstration did not have any immediate effect. But in a letter to Western newspapers written just after it had taken place, Gorbanevskaya indicated that the demonstrators had succeeded in a moral if not a political way: they had broken through the torrent of “unbridled lies and cowardly silence” to show that not all Soviet citizens agreed with the violence being perpetrated in their name.

There was often an existential element in the activity of dissidents in that they wanted to free themselves from a feeling of being gripped by fear or entangled in lies. In his memoirs, human rights activist Vladimir Bukovsky called on people to throw off the excuses with which they justified complicity in crime. “A small core of freedom” existed in every person, he declared; this was a “consciousness of personal responsibility,” which meant “inner freedom.” Bukovsky played a crucial role in exposing the Soviet abuse of psychiatry in the early 1970s.

Another critic of Soviet communism, Nadezhda Mandelstam – from an earlier generation of thinkers – also had things to say about responsibility. In her view, people came to abdicate a sense of responsibility for the country in the 1920s as the Bolshevik dictatorship established itself. “Everyone of us had a share in what happened, and there is no point in trying to disclaim responsibility,” she wrote in her memoirs. In her view, “inner freedom” and “memory” were needed for anyone wanting to bring positive change to the world. Even the most ordinary person had the power to influence the course of events, she thought.

The dissidents generally did not like the word “dissident”: its use by the Soviet regime implied that they were effectively traitors to the motherland or figures of marginal importance. Today the Russian “foreign agents” law is a similar attempt to imply that such people are unpatriotic.

But these dissidents of the late 1960s were raising questions of national importance. The Soviet Union was desperately in need of new ideas. The invasion of Czechoslovakia was effectively a way of avoiding the challenge posed by the Czech reformers: the task of recovering a humane vision of life in a society still suffering the effects of Leninism and Stalinism. After he retired, the long-serving Soviet ambassador to Washington, Anatoly Dobrynin, wrote that while the Czechoslovak crisis gradually lost its intensity after the invasion, the military intervention cost the U.S.S.R. dearly politically and morally.

In her speech in early April, Alla Gutnikova remarked that even before her arrest, through her studies, she had joined the “school of being able to talk about truly important things.” Perhaps developing this art individually and collectively is in itself an act of responsibility. It is not easy to practice and can be costly for the participants: at their trial, Gutnikova and her co-defendants were sentenced to two years of corrective labor. But the failure to develop this capability, or the loss of it, can have bitter consequences, as the war in Ukraine shows.