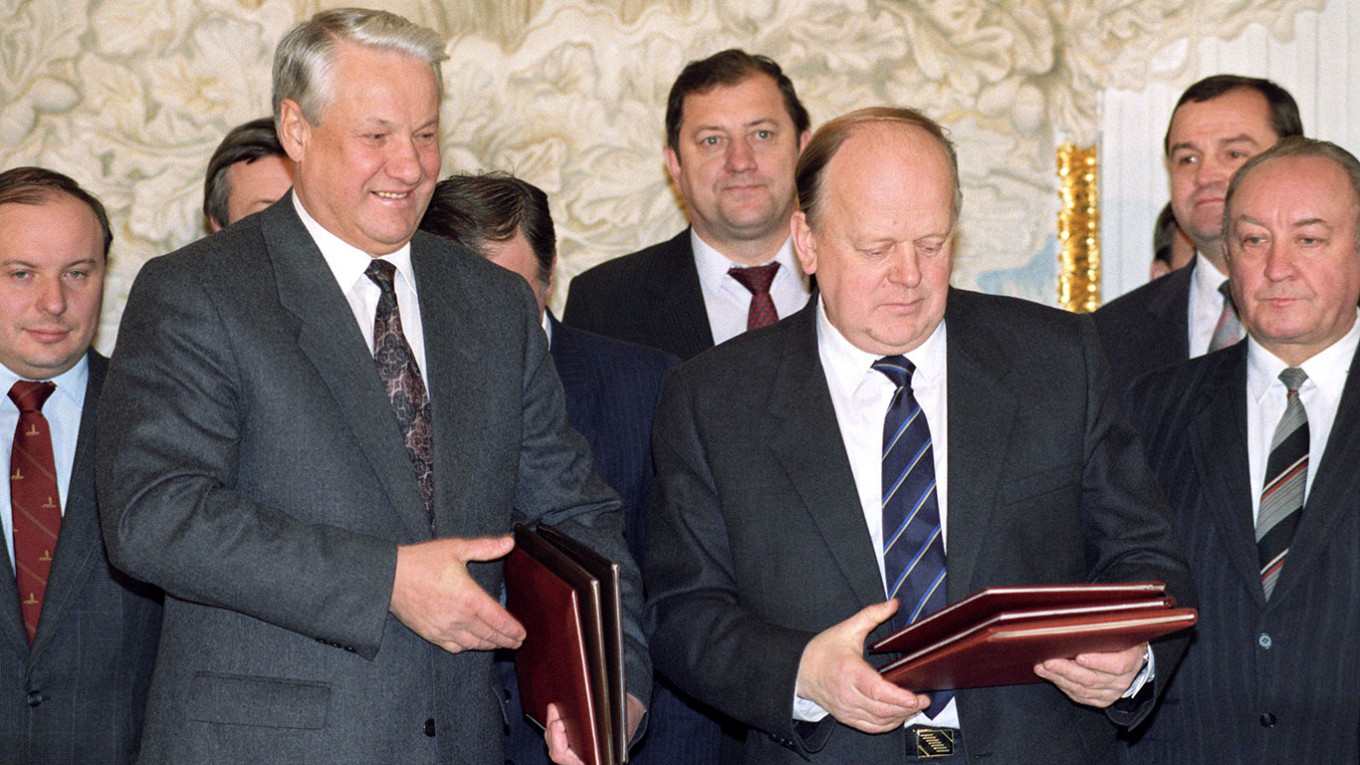 It doesn’t seem right to say that Stanislav Shushkevich is no longer with us. He has always possessed an amazing gift, the mysterious ability to be always near, even when he wasn’t.

At the same time, during all the years that we were friends, worked together and advanced our strategy of democratic liberation, there was always the sense that he was somewhere far, far away, off with his countless experiences, concerns, and creative plans. He was the very personification of naturalness, simplicity, and openness while also having a gift for rigorous scientific thought.

These qualities came into play most profoundly in two fundamental, historic events for our generation: the creation of the Belovezh Accords on Dec. 8, 1991 that ended the U.S.S.R. and formed the Commonwealth of Independent States, and the establishment of the Baltic-Black Sea Alliance on Dec. 1, 2016.

Scientist, social and state reformer, political figure; uncompromising and thoughtful seeker and creator of life’s truths; a wonderful, responsive friend; a reliable, unselfish comrade-in-arms; an indomitable human rights activist — throughout his life on earth, Stanislav Shushkevich defended his and our right to freedom, his and our right to human dignity. In this he will always remain among us.

The experience and lessons of Stanislav Shushkevich’s life of creation reveal the universal truth of  governmental and political endeavor: attaining freedom is always a process and the result of the life of an honorable person.