The liberation of the right-bank part of Mykolaiv and Kherson regions changes the configuration of the front. The Russians believe that the retreat beyond the Dnieper, which itself becomes a serious water barrier, provides them with more convenient positions.

Back in the summer, it was clear that the situation was becoming a stalemate for the enemy on the right bank. Due to the onslaught of the Armed Forces, constant fire strikes and the destruction of crossings, this bridgehead turned into a big trap for them. However, the occupiers desperately held on to the area on the right bank for many months, without it they can forget about plans to reach Odessa and Transnistria.

A special role was played by Kherson – the only regional center captured by the aggressor since February. The loss of this city, which the Russian Federation solemnly “included in its composition”, destroys the illusion that it has come somewhere “forever”.

The Russian command only recognized the hopelessness of its situation on November 9 and announced the withdrawal of troops. And the main question now is how the clearing of the right bank will affect the further course of the war and the deployment of forces at the front?

Kherson region: what happened and what will happen next

The aggressor clearly learned a lesson after the Kharkiv debacle, and the Russians thoroughly prepared for this operation. Retreat is a rather difficult maneuver. In addition to the direct withdrawal of troops and equipment, it includes the maximum mining of everything around, disinformation campaigns, jamming of communications, disruption of communications, rearguard battles. All in order to gain time and have time to withdraw as many troops as possible.

If we put together all the chaotic events that we have observed on the right bank since the end of October, we can assume that the actual start of the retreat of the occupiers was Surovikin’s statement about “difficult decisions.” The main part of the enemy group was probably retreating under the cover of evacuation of the civilian population, which our army would not be able to strike. And the remaining formations – light infantry – were thrown to delay the armed forces with battles in the last days.

The departure of the occupiers beyond the Dnipro, in addition to the return of territories, gives us several advantages at once. “The Armed Forces of Ukraine get the opportunity to inflict painful blows on the enemy from the Kherson region. In principle, the range of our systems allows us to reach the borders with occupied Crimea,” says Oleksandr Musienko, head of the Center for Military and Legal Research. 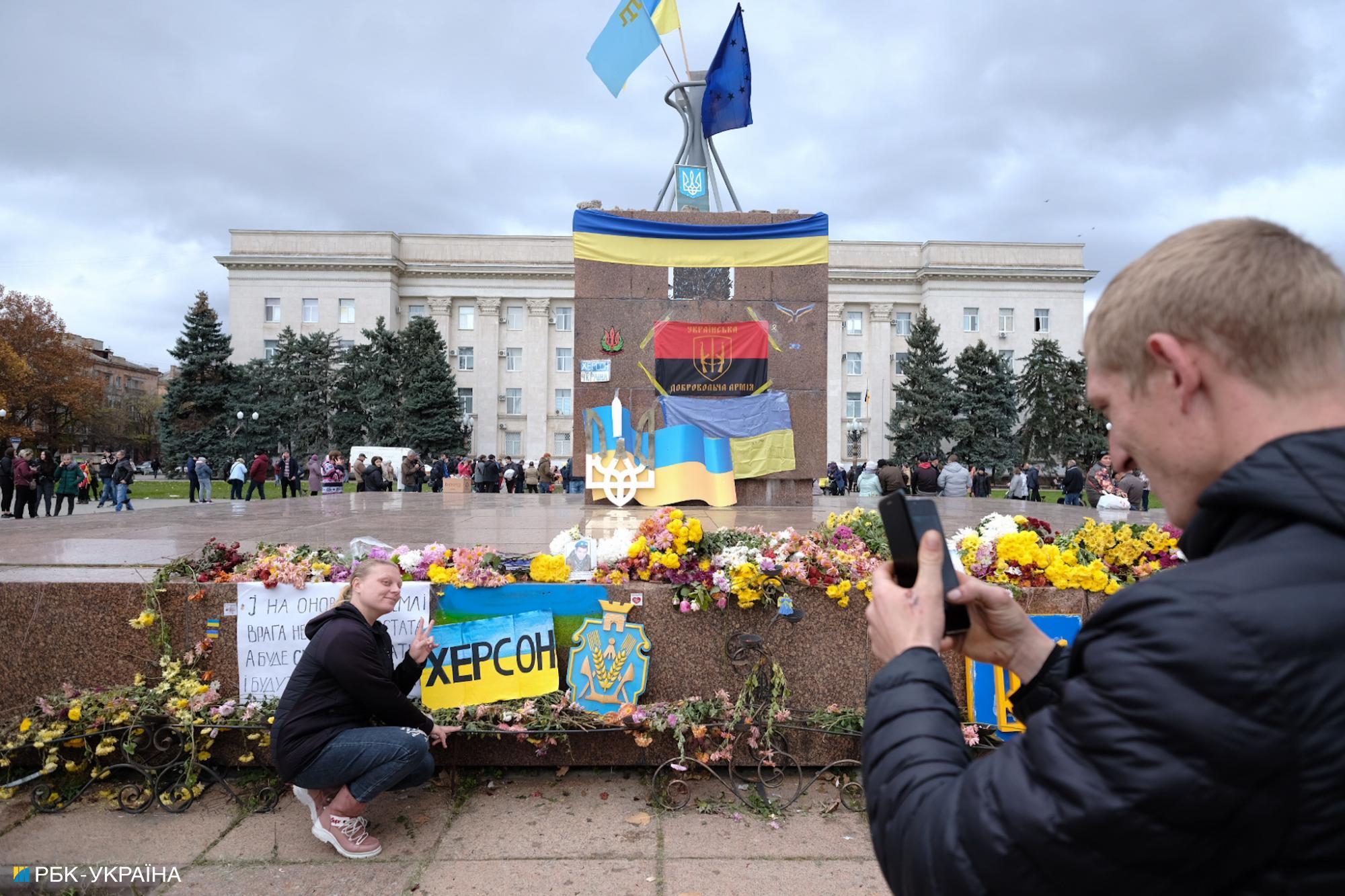 The Ukrainian army benefits from the exit to the Dnipro (photo: RBC-Ukraine, Vitaly Nosach)

Secondly, the right bank is higher than the left, so Ukrainian troops get good positions for counter-battery fighting. Thirdly, the enemy will not be able to shell Mykolaiv with artillery, but the threat of C-300 strikes, unfortunately, still remains.

So far, according to all official data and maps, the positions of Ukrainian and Russian troops in the Kherson region are divided by the Dnipro. But at the beginning of this week, there was a wave of information on social networks that the Armed Forces of Ukraine were allegedly already fighting in the settlements on the left bank.

There are no official data on this. The operational command “South” reported only that combat work is currently underway to liberate the Kinburn spit. This is a part of the Mykolaiv region, which is connected to the left bank.

The information that RBC-Ukraine received from several soldiers in the south is different. But by summarizing and comparing their words, several versions can be constructed. The first is that our troops conduct a fire attack on the Kinburn spit and on enemy positions on the left bank across the Dnieper, but they are not physically there. The second is that our troops landed only on the spit, and the rest of the areas on the left bank are being defeated by fire. The third option is that our troops landed on the spit and crossed the Dnipro, but so far the result of their actions is kept secret.

Why is the information about the transfer of our troops across the Dnipro causing doubts? Because such an operation is problematic. First, several interlocutors from the southern operational zone told the publication that there are no surviving bridges that could be used to transfer troops and equipment from the right bank to the left bank.

Even if the ambiguity regarding the means of crossing the Dnieper is removed, the purpose of this step remains a mystery. It is one thing to ferry some troops to the left bank. And it is quite another to provide them. And as they advance, more reinforcements, weapons, and supplies will be needed. It is not clear how to supply all this, given the limited capacity of any temporary crossings or floating facilities.

Simply put: if we advance on the left bank from across the Dnieper, there is a risk that the Ukrainian troops will have a situation mirroring the one the occupiers faced on our right bank.

From communication with many military personnel and experts, it turns out that the optimal plan for the liberation of the left bank of the Kherson region looks something like this. One part of our troops inflicts a fire defeat across the Dnipro, destroying enemy warehouses, control points and the occupiers themselves. And another group will break through land from the left bank. Such a scenario is also obvious to the aggressor – it was not for nothing that the occupiers drove so many troops to the Zaporizhia direction near the Sea of ​​Azov. 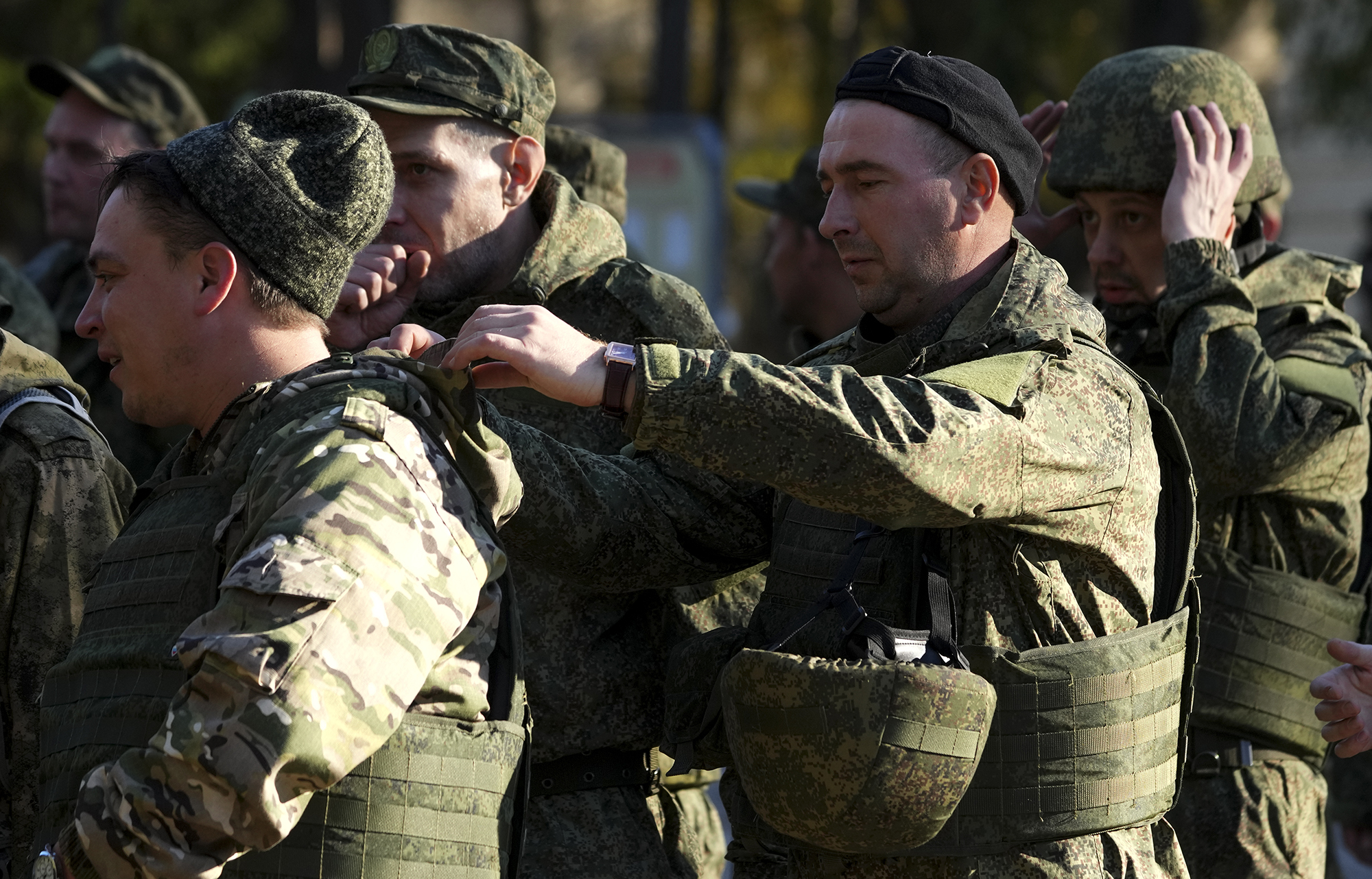 The occupiers are withdrawing troops in the direction of Zaporozhye (photo: GettyImages)

Although it must be admitted that the Ukrainian command was already distinguished by non-standard planning of operations, thanks to which the Armed Forces of Ukraine repeatedly managed to catch the enemy by surprise. Perhaps our General Staff also has some non-obvious and original idea regarding the left bank.

Law of conservation of mass

According to approximate estimates that RBC-Ukraine heard from various sources, the aggressor managed to withdraw about 20,000 troops to the left bank. Since the front line has shrunk, probably some part of this group (more or less) can be sent to strengthen other areas. It is unlikely that all of them will remain in the occupied part of the Kherson region, unless fighting starts there now.

Assault and amphibious assault units can be transferred to the Donetsk direction, suggests Serhiy Kuzan, adviser to the Ministry of Defense of Ukraine. First of all, we are talking about the Bakhmut – Soledar area, where the enemy has been trying to break through our defenses from different sides for several months.

“The Russians suffered a big defeat near Kherson, they definitely need to win at least some kind of victory. Considering the fact that the Donetsk direction is a priority for them, perhaps they will press there, hoping that they can somehow break through our defense line. As an option , they can transfer troops to the Avdiyivka region, where they will storm our positions, while we are on the defensive,” the expert suggested.

The third location in Donetsk region, where the occupiers have been active since the end of October, is the Vugledara district. The enemy is trying to advance to this city in two groups: one is moving towards Pavlivka from the southwest, the other is from the Slavne-Solodke border to approach from the east. RBC-Ukraine has already told in detail about the importance of this area for Russians .

It’s all about the railway going through Volnovakha. After the damage to the Crimean bridge, the occupiers had to look for alternative ways of delivering military goods to the southern group. A significant part of the provision now goes by wagons from Debaltsevo to Volnovakh and further the tracks branch out in Zaporizhzhia and part of the Kherson region.

The enemy wants to move forward positions of the Armed Forces to such a distance that we will not be able to fire at the railway. Now we can get there not only with HIMARS, but also with other types of artillery.

So far, all their efforts have been unsuccessful, but it is quite likely that a part of the “Kherson” group can be thrown for reinforcements right here – in the Vugledar region. In addition, the aggressor can send another part of the troops capable of holding the defense to the Zaporizhzhia region.

“They are strengthening in the area of ​​Melitopol, Berdyansk – in the south of the Zaporizhzhia region. They are very afraid that we will go on the offensive and cut off their eastern and southern groups. Therefore, they can strengthen this direction as well,” Kuzan suggested.

On the one hand, this creates a burden for us – the occupiers will begin to press with numbers. But on the other hand, the front line is also shrinking for us. There is no longer any need to keep the number of troops that were conducting the offensive on the right bank of the Kherson region. 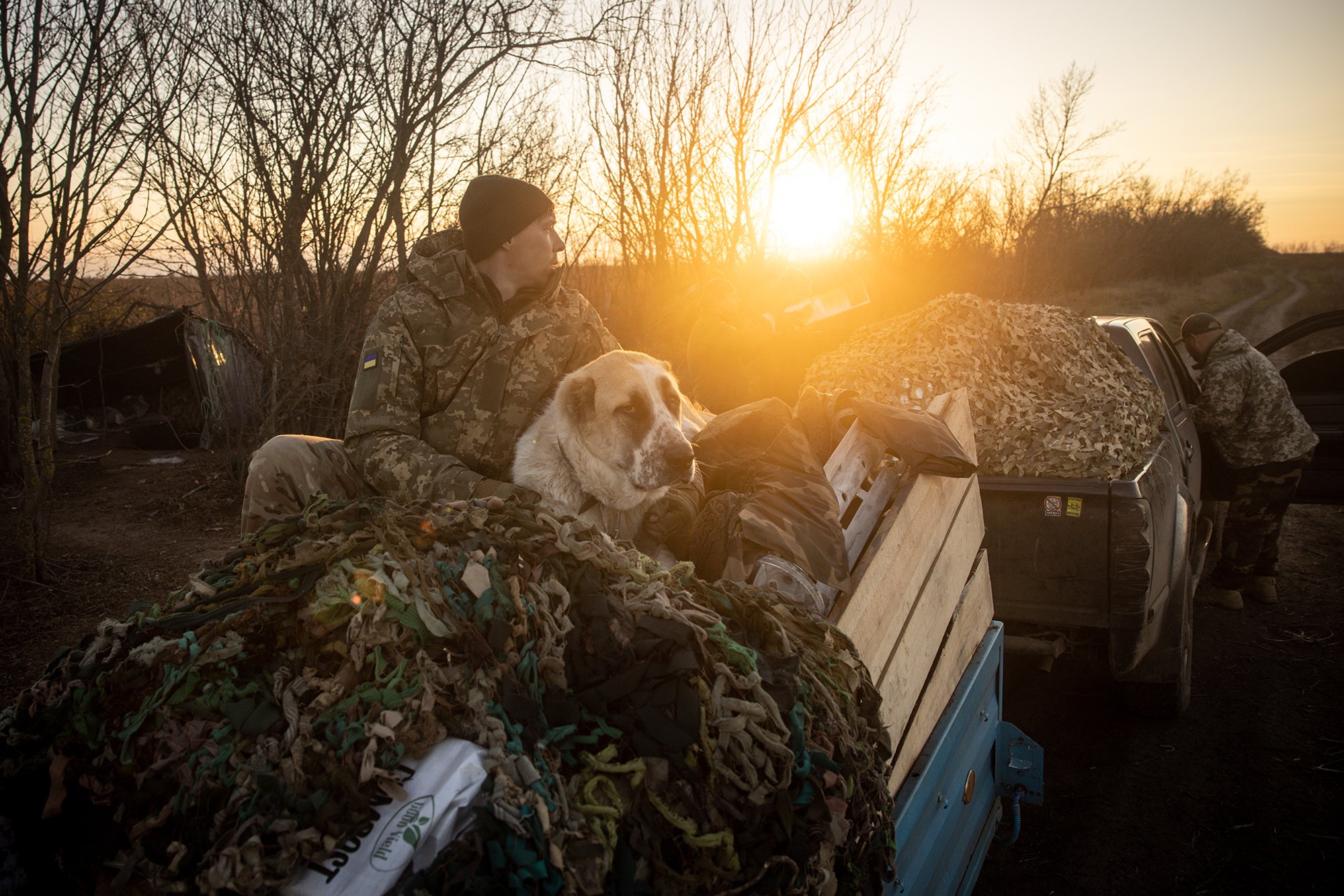 Part of the Ukrainian troops that liberated Kherson may be sent to attack or defend in other areas of the front (photo: GettyImages)

“We carried out offensive actions. Therefore, we had to have at least as many troops there as the Russians – 1:1. If they had 30 thousand there, then we also had at least 30 thousand there. Although it could be in 1.5-2 times more. It turns out that we are talking about 30-60 thousand of our troops on the right bank, but not more,” military expert Colonel Roman Svitan assumed.

The last two offensive operations of the Armed Forces are the result of careful work with the weak points of the enemy. This was the case, for example, in the Kharkiv region: thanks to the effect of surprise and the planned actions of the Armed Forces, the enemy’s entire defense “spilled” after the loss of Balaklia. About the same thing happened near Kherson, where, surprisingly, bridges turned out to be a vulnerable spot for the occupiers.

Of course, there are other factors that contribute to our success: the demoralization of the occupying forces, outdated methods of conducting military operations, and total corruption in the Russian army, which is reflected directly in the “lower ranks” at the front.

After the clearing of the right bank of the Kherson region, Ukraine continues to hold the strategic initiative, even despite the influx of “partially mobilized” people into the occupation ranks. There is no doubt that our army is capable of liberating all captured territories. The only intrigue is where the next strike of the Armed Forces will be.

Morawiecki: Patriot missiles in Ukraine to protect the sky over the country’s western part