The law enforcement officers recorded 28 strikes launched by the Russian troops on Donetsk region over the past day. Seven localities were hit.

“Police of Donetsk region register the consequences. Civilians were killed and wounded,” the press service of the National Police .

According to the National Police data, the Russians destroyed the civilian population and infrastructure with airstrikes, S-300 missiles, Smerch MLRS, and artillery. 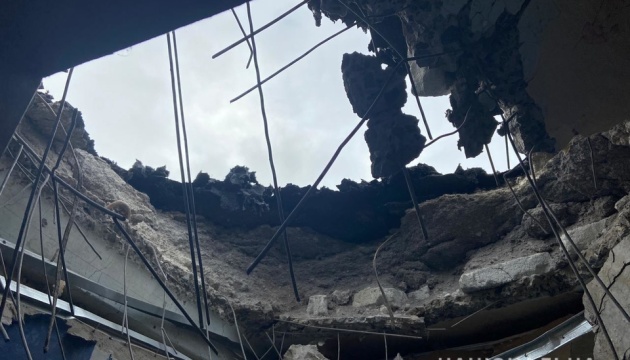 “Fifty-eight civilian objects were destroyed and damaged: 37 residential buildings, two schools, a kindergarten, a college, a market, a drinking water tank, a farm, a seedbed, a cultural center, a cafe, a gas distribution pipe, a power pole, a field,” the police informed.

The National Police and the Security Service of Ukraine opened criminal proceedings under Article 438 (violation of the laws and customs of war) of the Criminal Code of Ukraine.